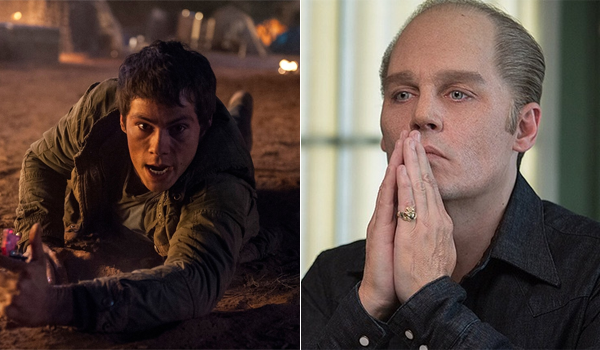 "Black Mass" is Fandango's fastest-selling film featuring Johnny Depp in a leading role since 2011's "Pirates of the Caribbean: On Stranger Tides." Running neck and neck with "Black Mass" on Fandango, advance sales for "The Scorch Trials" are pacing ahead of the first "Maze Runner" film at the same point in the Fandango sales cycle.

According to a survey of more than 1,000 "Black Mass" moviegoers on Fandango:
· 88% are fans of gangster movies;

· 83% would like to see Johnny Depp win an Oscar for his role as Bulger.

"This Fall's movies are off to a great start with hearty advance sales for both ‘Black Mass' and ‘Scorch Trials,'" says Fandango Chief Correspondent Dave Karger. "Johnny Depp has completely transformed himself in an Oscar-worthy performance as Whitey Bulger in ‘Black Mass' and his adult fans are clearly excited about his much-lauded comeback role. At the same time, young adult fans of the first ‘Maze Runner' film and James Dashner's series of books are scooping up their tickets to the thrilling, thought-provoking sequel."