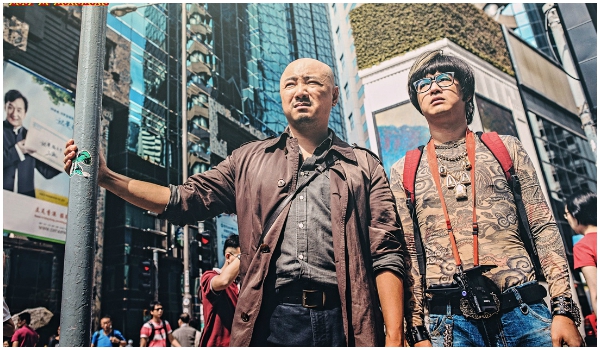 The long awaited follow up to writer/director/actor Xu Zheng's breakout 2012 hit Lost in Thailand, Lost in Hong Kong (港囧) exceeded even the most optimistic projections, grossing a staggering $106.2 million on its opening weekend from ~270,000 showtimes. The comedy opened with a bang, earning $1.7 million from midnight shows and $32.9 million total on Friday, both opening day records for a Chinese language film and the third best debut overall behind Furious 7 and Avengers: Age of Ultron. Saturday was even bigger with $38.3 million, the second highest single day gross in China box office history next to Furious 7's opening Sunday.

Hong Kong's explosive 3-day opening puts it exactly even with Monster Hunt's 4-day debut from July. While that film went on to dominate the summer months and become the highest grossing film of all-time in China with $390 million, Hong Kong's legs will be tested early starting this Wednesday when three high-profile films open in time for the weeklong National Day Holiday. In addition, estimates for Monday came in at $14.1 million, a steep 60% drop from Sunday that points to an inflated weekend buoyed by cheap subsidized tickets which could hurt Hong Kong's chances of beating its predecessor's $208 million total.

In second place this weekend was another newcomer, the romantic drama The Third Way of Love (第三种爱情）took in a respectable $7.5 million from ~77,000 showtimes. However, it will disappear very quickly on par with other youth oriented romantic pics.

In third and fourth places, Hollywood holdovers Minions and Mission: Impossible - Rogue Nation both dropped precipitously owing to Hong Kong's dominance. The weekend friendly Minions felt less of an impact, falling 75% for $4.8 million and a 15-day total of $59.3 million, while Rogue Nation tumbled 80% for $3.8 million and a 20-day $132 million total. Both underperforming titles will have negligible screen percentages starting Wednesday.

Rounding out the top five, Chronicles of the Ghostly Tribe (九层妖塔) took in an impressive $3.2 million from Sunday previews alone. The 3D action/adventure based on a popular online novel will go wide Wednesday along with Goodbye Mr. Loser and Saving Mr. Wu which earned the 6th and 7th places this weekend respectively with their own strong preview screenings.