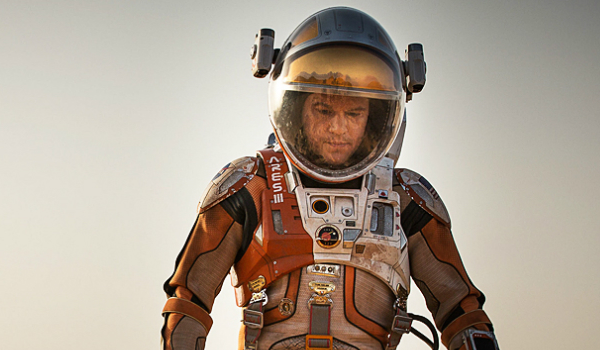 LOS ANGELES - September 30, 2015 - Matt Damon's sci-fi adventure epic, "The Martian," is far and away the leader of Fandango's weekend sales, while rocketing to the top of the company's Fanticipation movie buzz indicator with 90 out of 100 points. It's outselling 2013's space-based thriller, "Gravity" (also released on the first weekend of October) at the same point in the Fandango sales cycle.

"Building off its strong film festival buzz," says Fandango Chief Correspondent Dave Karger, "Ridley Scott and Matt Damon's ‘The Martian' looks to follow the flight path of ‘Gravity' and ‘Interstellar' as space epics that soar to the box-office stratosphere."

According to a survey of more than 1,000 "The Martian" moviegoers on Fandango:
98% look forward to the film's unexpected sense of humor;
94% think films like "The Martian" can help promote interest in math and science among young people;
91% believe that space travel to Mars will be possible in the next twenty years.
87% are Matt Damon fans;
74% are fans of director Ridley Scott's work.