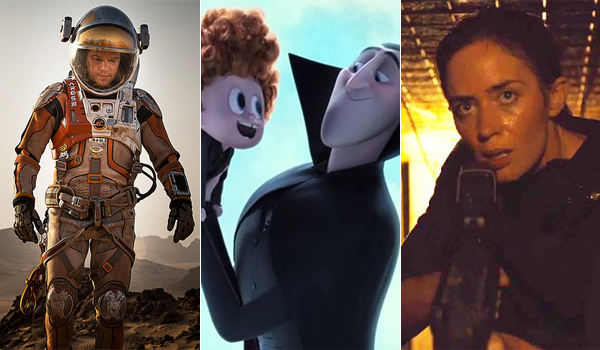 Fox's The Martian took in $4.40 million on Monday to easily lead the daily box office for a fourth consecutive day. The critically acclaimed Ridley Scott directed 3D sci-fi film starring Matt Damon was down 68 percent from Sunday's performance. The Martian continues to perform towards the higher end of its lofty pre-release expectations with a four-day start of $58.71 million. The film is currently running 7 percent ahead of the $54.94 million last year's Interstellar had grossed after four days of wide release and just 5 percent behind the $61.81 million four-day start of 2013's Gravity. Both comparisons are made even more impressive for The Martian when taking into account that unlike Interstellar and Gravity, The Martian hasn't received an added boost from higher priced IMAX admissions.

Lionsgate's Sicario claimed third place with $1.05 million. The critically acclaimed crime thriller starring Emily Blunt, Benicio Del Toro and Josh Brolin fell 67 percent from Sunday. That represented one of the day's stronger daily percentage holds among wide releases. The 18-day total for Sicario stands at a promising $16.20 million. Sicario will have a very good chance of holding up well going forward thanks in part to strong critical reviews and strong early word of mouth.

The Intern followed closely behind in fourth with $0.941 million. The Warner Bros. comedy starring Robert De Niro and Anne Hathaway declined 68 percent from Sunday and a very solid 38 percent from last Monday. The Intern has grossed $37.53 million in eleven days. That is on the high end of expectations and places the film 7 percent ahead of the $35.02 million eleven-day take of 2013's Last Vegas.