Weekly Chinese Box Office Preview: Disney/Pixar on the Outside Looking In with China's 'INSIDE OUT' Debut 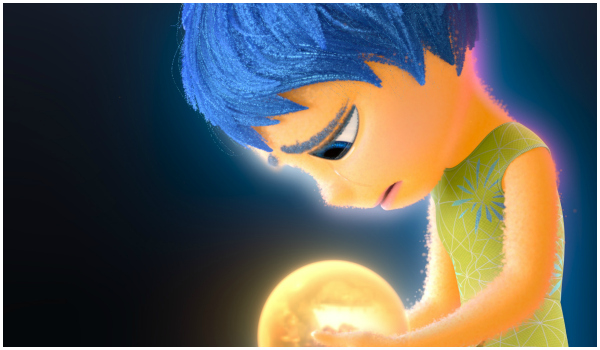 Only one new movie will enter Chinese cinemas this week as the National Day "Golden Week" holiday winds down, and Pixar's Inside Out won't be changing the existing box office landscape very much with its debut.

Playing on just 14% of China's screens, Inside Out pulled in an estimated $4.6 million on its opening Tuesday. While that takes the highest opening day record for a Pixar release in China, topping Monsters University's opening Friday in summer 2013 by 25%, the Chinese film industry itself has nearly doubled its box office capacity within those two years. Given Disney's increased marketing push into China and the success of other animation studio's releases -- DreamWorks Animation with Kung Fu Panda 2, How to Train Your Dragon 2, and The Croods; Blue Sky Studios with Ice Age 4 -- Disney must be feeling less than joyful with Inside Out's performance and the lackluster reception Pixar films in general receive from Middle Kingdom audiences. Of the top 20 highest grossing toons in China, only one Pixar title has a spot: Monsters University all the way down at #17.

So what's behind the poor showing? Rob Cain, a long-time Chinese film industry watcher writing over at Forbes put it nicely:

Whereas the "New York Times" enthused about Inside Out by exclaiming "The film solves a thorny philosophical problem with the characteristically Pixaresque tools of whimsy, sincerity and ingenious literal-mindedness," for China these elements are problematic for the audience. Judging by the list of films that have excelled there, it would appear that Chinese moviegoers prefer their animation stories to be more simple, straightforward, and traditional.

The Chinese moviegoers Rob is referring to are predominantly in the 3rd and 4th tier cities that are driving China's incredible box office growth. Looking at data from Inside Out's opening day screen count, Beijing and Shanghai had the Pixar film playing on 17% and 19% of their screens respectively, while Shijiazhuang -- a 3rd tier city an hour and a half from Beijing by high speed rail -- played the film on just 12% of its screens. Quite clearly what little demand there is for Inside Out comes from China's big international cities where Disney can more easily target its marketing to residents already familiar with Pixar's unique brand of animation. I'm sure these data points aren't lost on Disney studio execs, but if the company can't figure out how to market Pixar movies to generate the same buzz as it does for its Marvel Cinematic Universe and the upcoming Star Wars films in the Chinese heartland, they'll continue to be on the outside looking in.