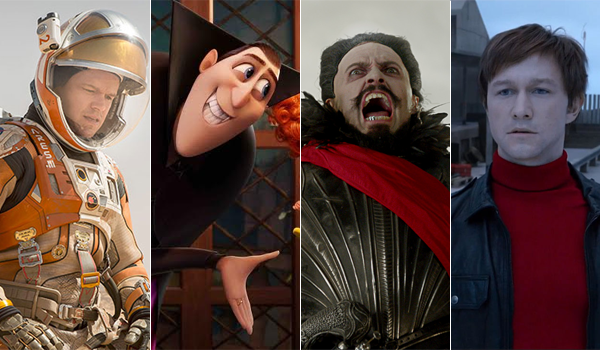 Fox's The Martian led the way on Thursday with $2.59 million. The critically acclaimed Ridley Scott directed 3D sci-fi film starring Matt Damon has led the daily box office for 14 consecutive days. The Martian was down 2 percent from Wednesday and down a healthy 32 percent from last Thursday. The Martian led the weekly box office with a weekly take of $50.59 million. That was down 29.5 percent from the film's opening week performance and brings the film's two-week total to a very impressive $122.30 million. The Martian is currently running 16 percent ahead of the $105.59 million last year's Interstellar had grossed after two weeks of wide release and 12 percent behind the $139.54 million two-week take of 2013's Gravity.

Warner's The Intern took in $0.779 million to remain in third. The Nancy Meyers directed comedy starring Robert De Niro and Anne Hathaway declined 2 percent from Wednesday and a slim 25 percent from last Thursday. The Intern took fourth place for the week with $12.41 million. The film was down 22.5 percent from the previous week and has grossed a healthy $53.33 million in three weeks. The Intern is running 8 percent ahead of the $49.53 million three-week take of 2013's Last Vegas.

Fellow Warner Bros. release Pan rounded out its disappointing first week of release with a fourth place take of $0.733 million. The expensive 3D adventure fantasy starring Hugh Jackman placed in third for the week with a very soft seven-day start of just $19.88 million. Pan is running a troubling 44 percent behind the $35.44 million seven-day start of 2011's Real Steel. Matters are likely to only get worse for Pan this weekend thanks in part to the new direct competition the film will face from Sony's Goosebumps.

Universal's Steve Jobs continued to excel in platform release with $37,126 from 4 locations in New York and Los Angeles. That gave the Danny Boyle directed drama starring Michael Fassbender a very strong per-location average of $9,282 for the day. Steve Jobs has grossed a promising $710,481 in seven days. The film will be playing in 60 locations this weekend and will be playing in an estimated 2,400 locations next weekend.