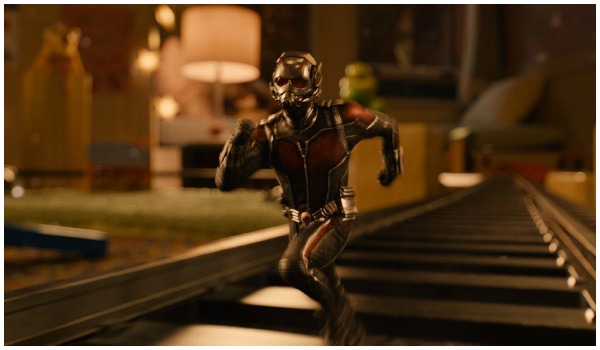 Ant-Man is the highest-grossing film at the international box office this weekend thanks to China where Marvel’s diminutive superhero finally suited up to the tune of $42.7 million according to Chinese estimates — Disney is reporting $43.2M for the weekend. In any case, Ant-Man’s 3-day opening is second only to Avengers: Age of Ultron ($68M) for Marvel releases in the Middle Kingdom and bests last year’s Guardians of the Galaxy by 41% in terms of local currency. China also helped secure the highest-opening for an IMAX film in October with $5.1 million from 236 screens. The film has earned $275.9 million overseas and $454.8 million globally after 3.5 months of release.

Inside Out posted $6.3 million from 22 territories this weekend for an overseas cume of $476.7 million and $831.7 million worldwide. The animated hit continues to play well in Germany and Austria where it maintained the #1 spot over school holidays despite newcomer Hotel Transylvania 2. Inside Out also became the highest grossing film of 2015 in Italy with $27.3 million. China continues to underperform, having earned just $14.7 million after 13-days of release.

Everest added $3.9 million from 65 overseas territories this weekend. Universal’s thriller has now climbed to $126.6 million overseas and $167.35 worldwide. Everest has two more releases: China on November 3 and Japan on November 6.