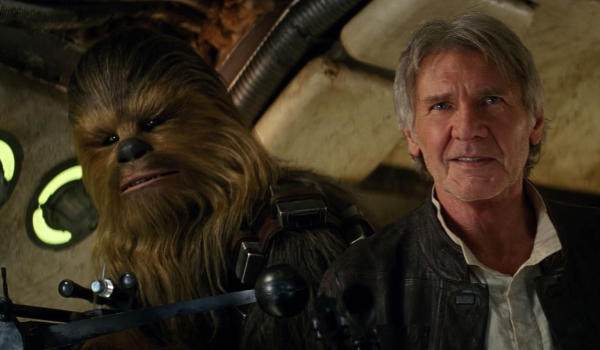 Monday Morning Update: Star Wars: The Force Awakens repeated atop the Facebook charts for the past week as expected thanks to its latest trailer which was released last Monday night. The net result was 254,838 new likes for the franchise, pushing its total to 14,648,005. That means the film has gained over 1.4 million new likes in 2015, and over 5 million new likes since January 2013 when J.J. Abrams was announced as its director. There is simply no parallel for the genre to compare it to, especially considering its vast appeal to a wide demographic of both men and women, and how fervent its fanbase is. While its hard to find a suitable direct comparison for the film, the way in which it has dominated social media for virtually the entire of 2015 foreshadows just how big its release is going to be. I've not seen a film reach this level of saturation from this far out and for so long. Not even the mightly Twilight franchise which holds virtually every record for buzz immediately surrounding release. The only question that remains in my mind is how large it will be on opening weekend, will it be more like Avengers, or Avatar, and have a seemingly modest opening only to pile it on in the weeks following. December is not known for gargantuan summer-like opening numbers. After all, there has never been a film to open to more than $85 million (The Hobbit). If any film can rewrite the record books I believe it would be this and if I had to bet money I'd say this will be the first triple digit opener in December. Additionally, I fully expect that if the early reviews see it living up to its vast potential, the social media roar is going to get turned up to 11 and it will take no prisoners on the Facebook and Twitter charts leading up to its release.

The other notable over the past week (it was quiet on the trailer front, no doubt that studios were dodging the Star Wars wave) was Pride And Prejudice And Zombies which went from obscurity to almost 100k in Facebook likes thanks to its first trailer. The trailer reception was more than double what Abraham Lincoln: Vampire Hunter was afforded back in 2012 which is promising. It remains to be seen if the film has the draw to attract many outside of those who enjoyed the book and perhaps fans of the zombie genre. The best case comparison I have in mind is Warm Bodies which amassed 478k likes before its release in 2013 when it snagged a $20 million opening and $66 million domestically.