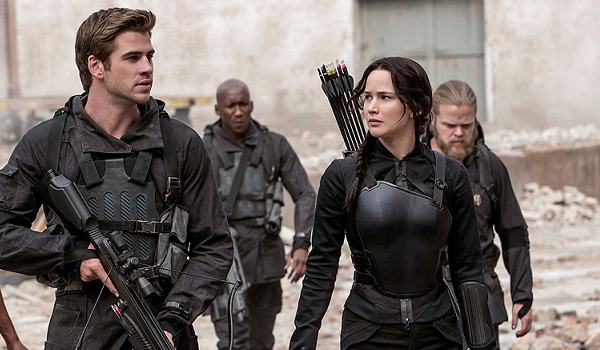 The Martian is on top of the world thanks to a strong 5-day $50.1 million debut from 4,848 screens in China. The Chinese release is 139% ahead of Gravity's 6-day opening gross and 158% ahead of Interstellar's 5-day debut. IMAX screenings in China contributed $6.6 million from 249 dates for a $27k per-screen average. The weekend's total overseas haul amounts to $51.3 million. The Martian is now Ridley Scott's best performing film of all time at the overseas box office with $326.5 million to date. The film has grossed $545.1 million worldwide. Japan is the film's final remaining market, where it will release this upcoming February.

Victor Frankenstein collected $10 million from 24 oversea markets, led by a $2 million debut from 1,277 screens in Russia. Other top openers come from Latin America with Mexico ($1.8M), Venezuela ($1.1M), and Brazil ($601k) leading the pack. Victor Frankenstein has a long road ahead to salvage its poor performance in the North American box office; the challenge begins next week with 15 new markets, including the United Kingdom. Victor Frankenstein finishes its first weekend with a global haul of $13.4 million.

Universal continues breaking record, achieving the highest box office of all time for a single company over a year in Spain following the successful release of local hit sequel Ocho Apellidos Catalanes. The film held on to gross $5.7 million at 394 dates in its second weekend, reaching a total of $17.6 million over its 10-day run -already making it the fifth highest grossing title of the year in Spain.

Black Mass adds another $3.5 million to its overseas haul. The film has now grossed a total of $27.5 million outside of North America. The UK was the weekend's top opener with $1.9 million from 532 screens, followed by France with $1 million from 275 screens. Top performers include Italy ($2.5M), Russia ($2.2m), Germany ($2.1M), and Australia ($2M). Black Mass has grossed $90 million worldwide. The film expands to Japan, its final market, on January 30.

Creed began its international in 7 smaller territories with a combined $2.26 million. Australia is the biggest of the bunch with $1.22 million earned from 188 screens, followed by the United Arab Emirates ($333k from 56 screens) and New Zealand ($100k from 46 screens). The Rocky spinoff will continue its expansion throughout December and January.

Scouts Guide to the Zombie Apocalypse brought in $480k from 16 markets this weekend, reaching a $10.3 million overseas cume. The global total stands at $14 million.

Steve Jobs took in $410k from 19 territories, reaching a $6.1 million overseas cume. Half of the overseas gross is coming from the UK & Ireland. Steve Jobs has grossed $23.8 million globally.

By The Sea grossed $390k from 19 territories, reaching a $1.1 million cume. The film continues its international run in limited release, adding 10 markets this weekend that include Australia, Hong Kong, Israel, and the Netherlands. Australia performed best out of the group with a $105k haul at 51 dates, followed by Hong Kong's $53k at 9 dates. The film expands to Brazil and Peru next weekend.

Crimson Peak is winding down its theatrical run overseas, grossing $330k from 38 territories over the weekend. The film fell flat in South Korea, where it opened at #9 with $224k at 221 dates. Crimson Peak has grossed $42.9 million overseas and $74 million globally. Japan, the film's final market, opens on January 23.