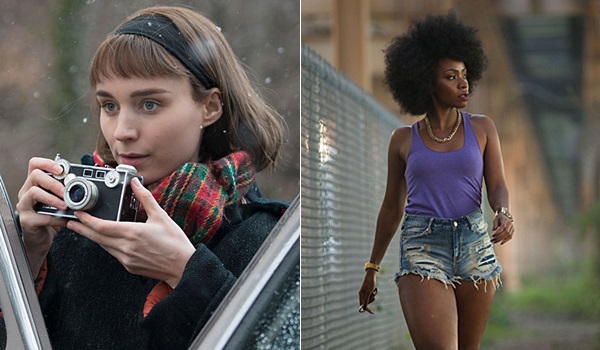 The Weinstein Company's Carol continued to impress in New York and Los Angeles with an estimated $147,241 this weekend. The Todd Haynes directed romantic drama starring Cate Blanchett and Rooney Mara was down just 26 percent from last weekend while remaining in four locations. That gave Carol a strong per-location average of $36,810 in its third frame. The 17-day platform total for Carol stands at $817,119. On Thursday, Carol was awarded Best Picture of the year by the New York Film Critics Circle and Todd Haynes was awarded Best Director. The Weinstein Company plans on expanding Carol very slowly going forward.

Focus' The Danish Girl took in an estimated $106,000 from four locations in New York and Los Angeles. That gave the Tom Hooper directed drama starring Eddie Redmayne and Alicia Vikander a per-location average of $26,500 in its second frame. Like Carol, The Danish Girl didn't expand into any additional locations this weekend. The Danish Girl was down 43 percent from last weekend's debut and has grossed $351,732 through ten days of platform release. The film will be playing in 23 locations next weekend.

In limited release, Roadside's Chi-Raq opened with an estimated $1.25 million from 305 locations for a solid per-location average of $4,098. The Spike Lee directed film starring Nick Cannon, Wesley Snipes and Teyonah Parris performed a bit stronger than 2013's Oldboy, which opened with $0.89 million. It should be noted that Oldboy was a Wednesday release, though it also opened in nearly twice as many locations as Chi-Raq did.  Chi-Raq currently boasts a 79 percent Tomatometer on Rotten Tomatoes.

Fox Searchlight's Youth debuted with an estimated $80,000 from 4 locations in New York and Los Angeles. The Paolo Sorrentino directed film starring Michael Caine, Harvey Keitel and Rachel Weisz earned a per-location average of $20,000 for the frame. Sorrentino's previous effort, 2013's The Great Beauty, opened with $23,442 from one location, took in $52,355 from three locations in its second weekend and ultimately went on to gross $2.85 million and win an Academy Award for Best Foreign Language Film. The Rotten Tomatoes Tomatometer for Youth currently stands at 75 percent. Youth will expand into additional locations this coming Friday and throughout the month of December.

The Weinstein Company's Macbeth wasn't quite as impressive with an estimated debut of $67,878 from five locations in New York, Los Angeles and San Francisco. That gave the Justin Kurzel directed Shakespeare adaptation starring Michael Fassbender and Marion Cotillard a so-so per-location average of $13,574. While Macbeth currently has a good 83 percent Tomatometer on Rotten Tomatoes, early potential for the film looks to have been limited in part by the current level of competition from other high-profile platform releases in the marketplace.

Meanwhile, Universal's Legend took in an estimated $264,000 from 61 locations for a modest per-location average of $4,328. The Brian Helgeland directed crime thriller starring Tom Hardy in dual roles was down 11 percent from last weekend upon expanding into an additional 21 locations. Legend has grossed $906,901 in 17 days of platform release and is scheduled to receive another expansion on Friday.