Twitter Futures - 'Star Wars' The Force Continues To Be Strong 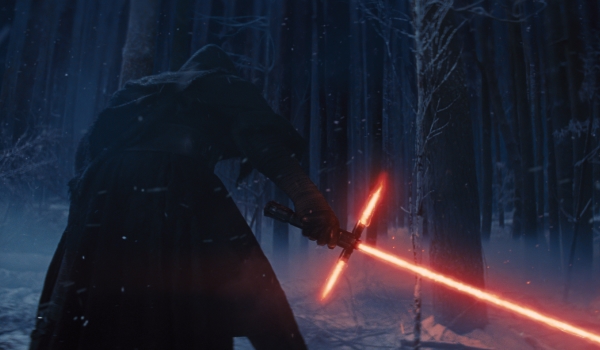 Friday Morning Update: I can almost cut and paste my opening paragraph each week for this column as its virtually always the same: Star Wars: The Force Awakens led all films in terms of Twitter buzz over the last week. This is the final week it will be featured in the futures column since its finally being released next week, so its a perfect time to take a more in depth look as to just how impactful this has been on Twitter this year and where it stands amongst other past powerhouses.

This past week was the 49th of the year, and it marked the 21st time that Star Wars has been in the top spot. The second spot is a lowly 4 by Insurgent. Simply put. it has dominated like no other film. If I look at 2014, the leader for most weeks at number 1 was Fault In Our Stars with 7. Of course its helped that the film is being released right at the end of the year and has had the longest runway possible for the marketing campaign to do its magic. Not only are commercials everywhere, but a clinic has been put on for product tie-ins, toys, video games, and food stuff wearing the Star Wars logo are everywhere to be found. The brand itself is being leveraged to the max and with good results to say the least.

Along the way it has broken just about all records on Twitter, most tweets x weeks out across the board, you name it, 6 months, 3 months, 6 weeks, 2 weeks. It owns all of them.  In fact there is just one record I can think of that it does not hold, the largest debut of a trailer (it sits in fourth place behind Unfriended, Jurassic World and Avengers: Age Of Ultron). Some numbers to watch are the largest opening day (currently held by The Twilight Saga: Eclipse with 456,112 and largest opening week (Monday to Sunday) which is held by Fault In Our Stars with 2,207,848. I wouldn't bet against it in any shape at this point given its track record this year.