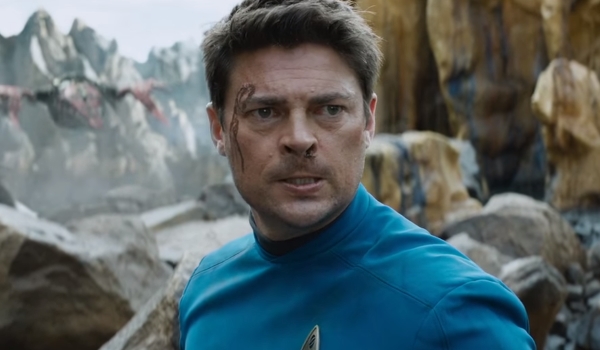 The first trailer for Star Trek Beyond debuted today online, a few days ahead of Star Wars: The Force Awakens when it has originally been announced to be released. A German language version of the trailer was leaked earlier this morning online and no doubt played a part in the early release. The third film in the newly rebooted franchise, it is the first for Justin Lin at the helm and the change of pace and tone is immediately evident. Lin's credits revolve largely around the four Fast & Furious films he directed (he has only directed six films that saw a theatrical release), and like those this trailer is fact-paced, has a couple dashes of humor, even a bike stunt scene and feature more than a few slow-panning close-ups of its stars.

The brain-child behind the reboot of the franchise J.J Abrams has moved on to Star Wars and many fans were worried about how the third film would fare without him. Into Darkness had 30,841 tweets on the day of its first trailer release, while Beyond already has 28,710 as I'm writing this with ~6 hours left in the day. I will also add though that Into Darkness had a 11:1 positive to negative ratio while Beyond has a 6:1 but that's splitting hairs from this distance out.

Captain Kirk is in good hands it would seem which must be a relief for fans who were cringing after hearing Lin was signing on.