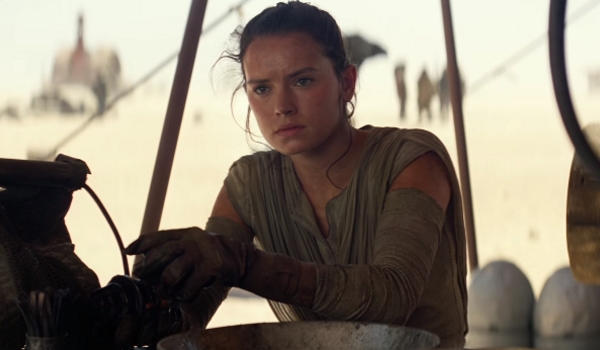 Star Wars: The Force Awakens broke its own one day old record on Thursday as it ended the day with 801,964 tweets, the single largest day ever on Twitter. The film now has 2,459,114 tweets on the week so far and could easily double the old record of 2.2 million by Sunday. To get a better idea of just how massive that figure is, the total tweet count of every single wide release from Monday - Sunday of their release week in 2015 is just under 8 million tweets. That's 113 different films and The Force Awakens will possibly hit 4 million all by itself.

Its positive to negative ratio has remained steadily over 10:1 which has also been unusual for such a large blockbuster. The next question is if it can top 1 million tweets today for its opening day, doubling the old record of 556k set by Fault In Our Stars last June, something which could be well within its grasp.

Its change from Thursday to Friday to Saturday in terms of tweets will give valuable early insight in to just how leggy it will be on opening weekend. Stay tuned.

Star Wars: The Force Awakens has already topped 372,000 tweets today, that pushes its release week tally to over 1.8 million so far, putting it in second place all time for release week with 3 and a half days still to go. It will pass The Fault In Our Stars' 2.2 million release week tweets by tomorrow to give it the title of the most talked about film ever on Twitter in its release week.

On Wednesday its 756,426 tweets marked the single largest day ever on Twitter, topping the 556,562 tweet mark that Fault In Our Stars set on its opening day last Summer. If it should top 556k tomorrow for its opening day (and it would be a shock if it didn't), it would mean that The Force Awakens would officially hold every single major pre-release Twitter traffic record.

With the massive presales, social media buzz and glowing early critical reception (it sits at 94% on RottenTomatoes.com as I type this), all signs point to a massive opening. We have predicted $229 million over its opening weekend and I am yet to see something to say this is too high.

I will continue to update this column as the week progresses.