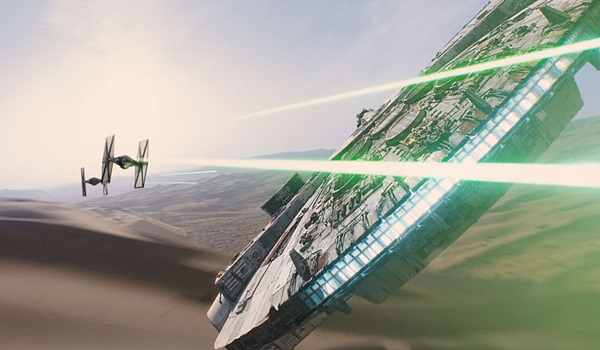 Overseas, Star Wars: The Force Awakens took in an estimated $41.3 million on Tuesday. That brings the film's overseas total to $364.0 million and current global total to $689.4 million.

Universal's Sisters took in $2.89 million to remain in third. The R-rated comedy starring Tina Fey and Amy Poehler was up a solid 14 percent over Monday's performance. In comparison, 2012's This Is 40 increased 189 percent on its first Tuesday (which fell on Christmas Day) to gross $4.37 million. With a five-day start of $19.34 million, Sisters is running 11 percent ahead of the $17.46 million five-day take of This Is 40. Both Sisters and Alvin and the Chipmunks: The Road Chip should continue to hold up well throughout the holiday season.

Warner and MGM's Creed remained in sixth place with $1.10 million. The critically acclaimed seventh installment of the Rocky franchise was up 19 percent over Monday and up 3 percent over last Tuesday. Creed has grossed a stronger than expected $89.85 million in four weeks of release and is set to pass the $90 million domestic mark today.