Hard-Hitting Facts: Producer Elizabeth Cantillon on the Making of 'Concussion' 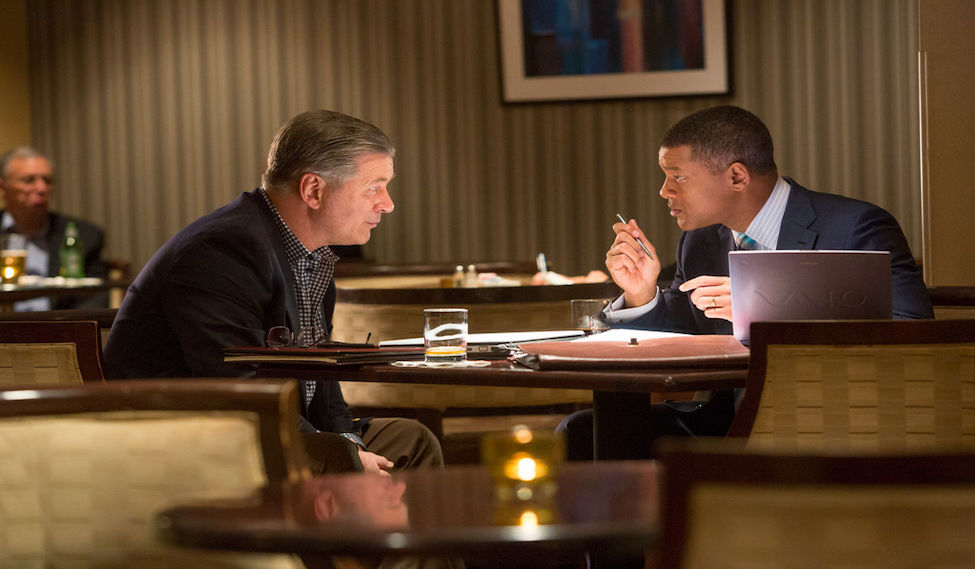 How did this project originate?

It originated with Ridley Scott and Giannina Scott at Scott Free Productions-they are the ones who optioned the article from GQ and put [director] Peter Landesman on it. And then they came to the studio and sold it to [producer] Amy Pascal, and then Amy brought me on.

Were you involved from the beginning?

From the very first draft. They had turned the draft in when I came on.

Can you talk a little bit about when Will Smith signed on? That must have been mildly thrilling, right?

It was the propulsion for the movie, because the studio (Amy Pascal) really wanted to make it with Will, and Will had a window of opportunity because I think another movie he had been working on fell apart for whatever reason-I don't even know what movie it was-and he was available. But he was available for a short window; so we had a target, which was the fall of last year to put the movie together and to finish shooting by January-which we did.

So it sounds like Will Smith was always the first choice for the role.

Of course; he's so magnificent.

Can you talk a little bit about how the casting of Albert Brooks as famed forensic pathologist Cyril Wecht came about?

Any Albert Brooks stories from the set? When the cameras stopped rolling, I'm thinking it was just a nonstop crack-up session.

He is very funny-just hearing his voice makes me laugh. So I just feel like we were so lucky to have him. I mean first of all, I would never do justice to repeat an Albert Brooks story because with me it wouldn't be funny, but he was just a great spirit and great energy to have around.

How much leeway was given to Albert Brooks when it came to improvising dialogue on the set?

He had a little leeway; he basically kept to the script, but he played with it a little bit.

Thinking back to previous football-themed films-Any Given Sunday (1999) and Two for the Money (2005) come to mind-it is rare that filmmakers are able to use NFL logos, team names, footage, etc. How were you able to do it?

We used it under fair use.

And in terms of the NFL, let me ask you: was there cooperation from the NFL on any level?

No, there was no engagement with the NFL on any level.

Is there any concern about the fact that you have gone after one of the behemoths of corporate America?

The concussion issue is-we're not breaking that news story. That is an issue that the NFL has been made aware of, partly by Dr. Bennet Omalu [portrayed by Will Smith] and the other doctors that have been on the concussion studies and doing brain studies of NFL players. It's a current issue, and that's what makes the movie relevant. [What's depicted in the movie] was the beginning of the issue, but the issue isn't over, obviously. There are people getting concussed every game, so I think the film only brings to light the concussion issues of the story of this one man. But I think we're respectful and honest about what the historical evolution of the concussion issue and conversation is-but it is still a conversation. And that's what makes the movie important now.

What are your thoughts on the recent revelation by Frank Gifford's family about his struggles with CTE (chronic traumatic encephalopathy) prior to his death?

Obviously, the family is very courageous, first of all, to make the commitment to have his brain studied and to be curious to know what his medical condition was. And they did a service to everybody by donating Frank Gifford's brain, and they should be commended for that because it's a hard thing to do, I would imagine. I think that if you look at any of the brain studies that are being done now on former football players, you'll find it's not an uncommon result.

To your point, it's still relevant. There are still players being concussed almost on a regular basis, and the Frank Gifford revelation fits within the context of the film.

Well, like in the film, where you have Junior Seau and Dave Duerson and famous players afflicted, Frank Gifford is in that canon, right? But he will not be the last one.

Was there any type of dialogue between you and the family of Mike Webster, the Hall of Fame center whose death has been attributed to CTE, portrayed in the film by David Morse?

There wasn't, but that was more or less a legal issue that I don't know enough of the details to provide. We did interact with Justin Strzelczyk's family, with Dave Duerson's family, Andre Waters's family, Junior Seau's family-all of those families were part of either our research or part of the movie. The Webster family had a different situation. We reached out to them, but they were obligated in a different way.

How did you get started in the industry?

I have a degree in film theory and criticism from University of California, Berkeley, and so I was interested in film when I graduated. And I started how everybody starts; I started as a production assistant and then as an assistant, and my first real job was at Showtime where I worked for Peter Chernin.
Then I started working for Michael Shamberg, and then Michael Shamberg and Danny DeVito, and I started producing movies with those guys. That's how I came along. So I've produced movies and I've been a studio executive-I've kind of gone back and forth. Now I'm squarely producing. I don't imagine I'll be a studio executive again.