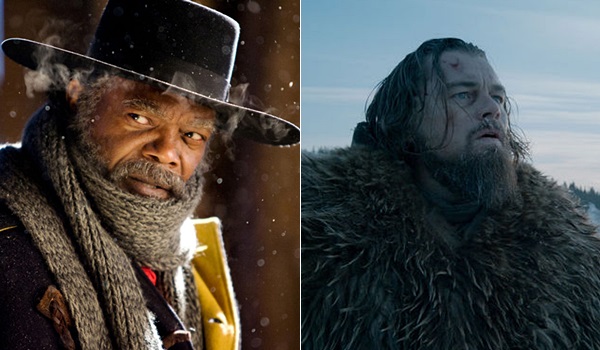 The Weinstein Company's The Hateful Eight was off to a very impressive start this weekend with an estimated $4.54 million from its 100 location 70mm roadshow launch. That gave the extended version of the Quentin Tarantino directed western a terrific per-location average of $45,366 for the frame and placed the film in eleventh among all films this weekend. Given the strength of this weekend's performance, The Hateful Eight looks to be in very good shape for its expansion into wide release this coming Wednesday (when the film will be playing in an estimated 1,800 locations). Critical reviews for The Hateful Eight have been good, but not great (especially by Tarantino's lofty standards), as the film currently has a 76 percent Tomatometer on Rotten Tomatoes.

Focus' The Danish Girl continued its expansion with an estimated $1.50 million from 440 locations. The Tom Hooper directed drama starring Eddie Redmayne and Alicia Vikander was up 175 percent over last weekend upon expanding into an additional 359 locations. The Danish Girl had a respectable per-location average of $3,416 for the frame. The 31-day total for the film stands at $3.20 million.

45 Years was off to a nice platform start this weekend with an estimated $69,300 from three locations in New York and Los Angeles. The critically acclaimed drama from IFC Film's Sundance Selects division starring Charlotte Rampling earned a promising per-location average of $23,100. Since its debut on Wednesday, 45 Years has grossed $93,882 in five days of release. 45 Years is one of the year's best reviewed films, as it boasts a 99 percent Tomatometer on Rotten Tomatoes.

Also of note this weekend was China Lion Film's Mr. Six. The Mandarin language action-comedy took in an estimated $286,847 from 30 locations, for a per-location average of $9,562. Since its debut on Thursday, Mr. Six has grossed $375,000 in four days.

As both films eased back into limited release, Open Road's Spotlight and Fox Searchlight's Brooklyn took in respective estimated grosses of $1.08 million and $1.00 million this weekend. Spotlight was down 25 percent from last weekend, while Brooklyn was down 15 percent. Respective 52-day grosses stand at $24.89 million for Spotlight and at $18.34 million for Brooklyn.