In the Dead of Winter: Alejandro Gonzalez Iñárritu on 'The Revenant' 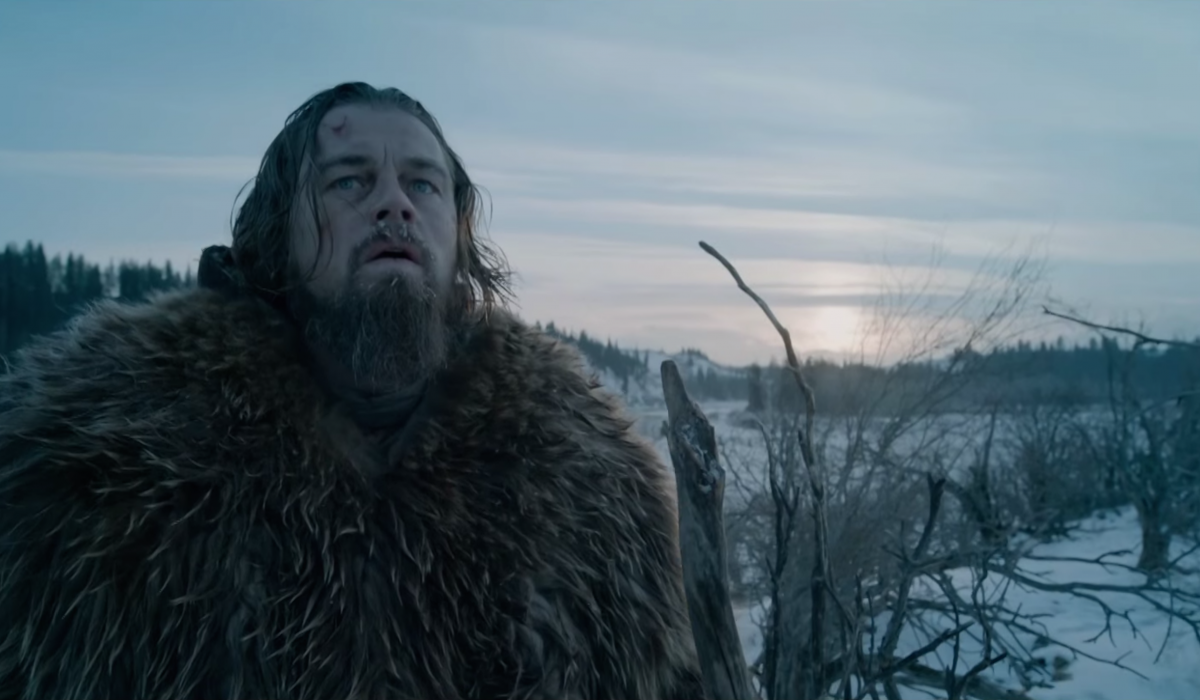 There's a singular charm to a snow-packed Western. Robert Altman's McCabe and Mrs. Miller sets the stage by showing us a frontier that has been pushed up against the farthest edge of the continent, the Pacific Northwest, where the harsh elements are only a fraction of the dangers lurking behind the breathtaking landscape. But whereas Altman's film takes place in the early 1900s and more rigidly follows the notions of a Western (if only to subvert them), The Revenant is set significantly earlier --in the 1800s-- and forgoes any preoccupation with adhering to or rejecting the conventions of the Western genre. The Revenant is a movie about survival on the frontier. It stars Leonardo DiCaprio as Hugh Glass, guiding a company of fur trappers through the perils of a land between cultures. Glass is abandoned by John Fitzgerald (Tom Hardy) after a vicious bear attack and must find his way to safety despite his physical and emotional wounds. It's an ambitious film, featuring a harrowing opening sequence that will be remembered for years to come, the result of the uncompromising vision of director Alejandro Gonzalez Iñarritu, who shot the film on location and using only natural light. BoxOffice spoke with the Academy Award-winning director about the big-screen epic.

What was it about this story that hooked you, that made you want to make this film?

At the heart of the film there is a father-son story that I was interested in. To be a father of a mixed-race son during a time when so much prejudice was floating in the country --as it is now, unfortunately, but at that time it was even tougher. I was also drawn by these men who survived and dragged through the country during this very big winter after almost being killed by a bear and being abandoned. What does it mean to be alive? What made these men have so much resilience and endurance? Personally, I thought that there was a lot to explore there cinematically. There was a very clear dramatic line while at the same time a lot of opportunity to make poetry out of it.

Violence has played an interesting role in your films, in terms of its collateral damage, the ripples and lasting effects it has on society. Although violence is present in your work, the audience never really roots for it; in fact, one comes to dread it as it seeps into the entire atmosphere of a film. That's especially true in The Revenant.

I'm not very interested in violence at all. I think violence is a very serious matter. Coming from Mexico, I don't laugh about it, I don't exploit violence, and I don't use it to entertain people. I think violence, in this case, is part of the world where these guys live. They are threatened all the time by nature itself, animal attacks, accidents, attacks from other tribes, or diseases. This is a film about man against nature and man against man. Every violent act in the film is absolutely integrated with the narrative and the characters. There's always a consequence to the violence; there's no exploitation. There's no irony to it, no wink for people to sit back and say, "Ah, that was cool." Every act of violence has consequences, and that's true to this story and its characters. It's a compassionate look at violence, or at least that's what I intended.

A lot of your work builds up to crucial moments where characters are forced to make a moral decision. It's very present in The Revenant, particularly with Tom Hardy's character, John Fitzgerald; even though he is set up as an antagonist, you can see the logic in all of his decisions. You might not agree with Fitzgerald or take his side, but you can always understand him --there's an accessibility to that character.

I always thought these men were victims of their context and time. Most of them were illiterate, poor, exploited, and victims of a lot of prejudice. Fitzgerald is a man who has his own right to survive. He works his ass off; he's a worker who's been exploited and who was just about to be killed by an attack in the past, so he's afraid of that otherness. His religious vision of the world makes it very childish, but his reasons to survive are very valid. He is a very pragmatic person, and sometimes I agree with him, so he's not a one-dimensional villain, he's a human being with his own reasons and without much consideration or compassion to others. But that doesn't necessarily make him wrong.

Some of the conversation around Birdman last year had to do with the technical challenge it posed, something you seemed to embrace. That film has a playful defiance to it that reminds me a lot of Jean-Luc Godard's work, right down to the opening credits. You took on an entirely new level of challenge with The Revenant, shooting on location in brutal weather and only using natural light alongside cinematographer Emmanuel Lubezki. Stylistically, the end result is closer to the other end of the spectrum. There's a patience to the way you shoot the landscape that recalls the more formalist filmmaking of a Tarkovsky, Kubrick, or Malick.

I wanted this film to capture a light and a space in ecstasy. I think films and cinemas are suited for that. Unfortunately, a lot of films today have become TV on a large screen. People just talking in this boring grammatical language. There's no mystery, everything is predictable and already feels told. There's no exploration in what cinema can really bring to the audience. We shot almost 50 percent of this film in 65 millimeter, using the ALEXA 65 during dusk, capturing spectacular landscapes. It's the time of the day when God speaks; you hear the wind in the trees, you feel the cold, you smell the fear. I hope people at the cinemas will be absolutely immersed so they can physically experience something that is very difficult to experience nowadays at the movies. The kind of films with all that talking, or even the ones that are more like a spectacular populist entertainment --they are just pixelous. They are just pixels. It's like when you bite a tasteless, genetically modified apple: it looks great but it tastes likes nothing. But when you bite into a real, organic apple, that taste is just amazing. I think this film has that quality, something that is almost impossible to find in cinemas.

So much of Mexican cinema of the 1980s and '90s was weighed down by a hyperpolitical sensitivity or an aspirational longing for validation from abroad until the breakthrough of your debut feature, Amores Perros, which was so revitalizing because it wasn't concerned with any of that. You're not really an explicitly political filmmaker, but considering the dire situation in Mexico with a president like Enrique Peña Nieto, or the rhetoric used by a candidate like Donald Trump in the U.S., would you consider tackling an explicitly political film in the future?

Yeah, but I think it all depends on the story and the point of view. That's all you need. I'm interested in politics, not in politicians. Honestly, people now don't really talk about politics, about ideas, about in-depth subjects that could really bring societies to change and impact communities. They talk about individuals: what they wear, who they marry, or the scandal of the moment. I couldn't be less interested in a politician wearing a suit. I would love to make a film about politics instead; I think that would be a lot more interesting.