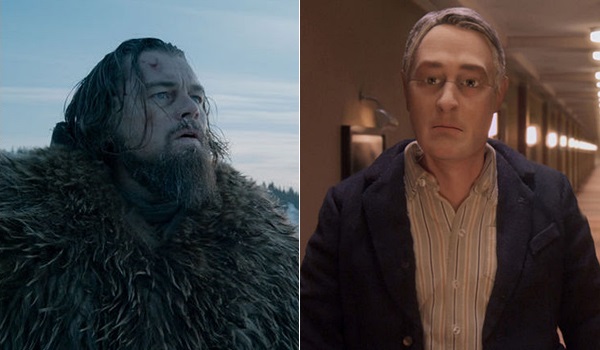 Fox's The Revenant continued to impress this weekend with an estimated $450,000 while continuing to play in four locations in New York and Los Angeles. The Alejandro González Iñárritu directed western starring Leonardo DiCaprio claimed a massive per-location average of $112,500 for the frame and was down a very slim 5 percent from last weekend's debut. The Revenant has grossed a very promising $1.32 million through ten days of platform release. Fox will expand the film directly into wide release this coming Friday, when the film will be playing in an estimated 3,000 locations. BoxOffice expects The Revenant to perform well next weekend, especially after the modest expansion of fellow western The Hateful Eight this weekend.

Paramount's Anomalisa registered the weekend's strongest platform debut with an estimated $140,000 from four locations in New York and Los Angeles. That gave the critically acclaimed stop motion animated film directed by Charlie Kaufman and Duke Johnson a per-location average of $35,000. Since its debut on Wednesday, Anomalisa has totaled $215,000 through five days of release. Anomalisa boasts a terrific 97 percent Tomatometer on Rotten Tomatoes and has received a Golden Globe nomination for Best Animated Motion Picture. The film is widely expected to receive an Academy Award nomination for Best Animated Feature. Kaufman's previous film, 2008's Synecdoche, New York opened with $172,194 from 9 locations (for a per-location average of $19,133) and went on to gross $3.08 million during its entire domestic run.

Focus' The Danish Girl held up well this weekend with an estimated $1.51 million from 449 locations. The Tom Hooper directed drama starring Eddie Redmayne and Alicia Vikander was down just 2 percent from last weekend and claimed a respectable per-location average of $3,356 this weekend. The 38-day total for The Danish Girl stands at $6.00 million.

The Weinstein Company's Carol grossed an estimated $1.22 million from 189 locations. The critically acclaimed Todd Haynes directed romantic drama starring Cate Blanchett and Rooney Mara registered a solid per-location average of $6,429. Carol was up a healthy 11 percent over last weekend, which represented an impressive hold, especially given that the film only expanded into an additional 9 locations this weekend. The 45-day total for Carol stands at $5.01 million.

45 Years took in an estimated $103,356 from six locations in New York and Los Angeles, for a healthy per-location average of $17,226. The critically acclaimed drama from IFC Films' Sundance Selects division, starring Charlotte Rampling and Tom Courtenay was up a very impressive 57 percent over last weekend's three-location start. 45 Years has grossed $245,004 in twelve days. IFC Films plans to expand 45 Years into additional markets on January 15 and again on January 22.

As they continue to play in limited release, Fox Searchlight's Brooklyn and Open Road's Spotlight took in respective estimated grosses of $1.30 million and $1.20 million. Brooklyn increased 21 percent over last weekend and had a per-location average of $4,561, while Spotlight increased 11 percent and had a per-location average of $3,129. Respective 59-day grosses stand at $27.13 million for Spotlight and at $20.86 million for Brooklyn.

Two re-issues were off to noteworthy starts in New York this weekend. Janus Films' release of the Orson Welles directed Chimes at Midnight took in an estimated $20,480 at Film Forum and GKIDS' release of the Isao Takahata directed Only Yesterday took in an estimated $13,329 at IFC Center. It should be noted that grosses for limited showings of Chimes at Midnight in Los Angeles have not been reported. Janus Films will expand Chimes at Midnight throughout the winter, while GKIDS will expand Only Yesterday into major markets on February 26.

I don't normally recommend films as part of my box office reporting, but I do highly recommend Only Yesterday, as it is one of my personal all-time favorite animated films.