'Star Wars: The Force Awakens' Officially Dethrones 'Avatar' for #1 on the All-Time Domestic Chart; How High Will It Go? 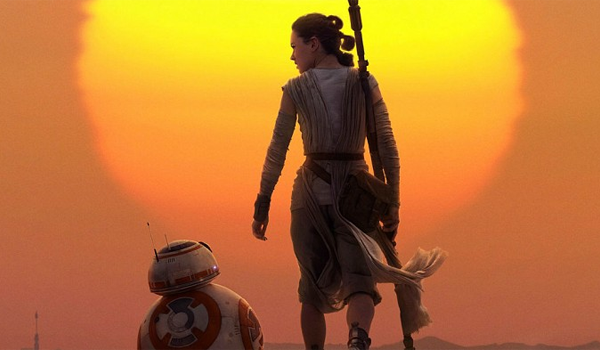 The inevitable has finally happened, and we officially have a new all-time domestic king of the hill. Disney and Lucasfilm's Star Wars: The Force Awakens took in $6.2 million on Wednesday, overtaking Avatar's $760.5 million lifetime domestic gross and ending director James Cameron's near 18-year reign in the top spot on the all-time chart.

With $764.4 million earned in just 20 days of release, the speed with which J.J. Abrams' franchise revival has achieved this feat is nothing short of remarkable. By comparison, the film stands a stunning 47 percent ahead of where Jurassic World was at during the same point in its release.

Of course, this isn't the first time a Star Wars movie has laid claim to the castle. Before Avatar, Cameron's Titanic held the spot for nearly 12 years -- a movie that took the throne from the original Star Wars: A New Hope, which had reclaimed #1 briefly thanks to the 1997 Special Edition re-release. Before that, E.T. stood as the all-time champ for almost 14 years -- a title it took in early 1983 from 1977's original Star Wars itself.

Among the many records set by The Force Awakens, it's bound to become the first movie in history to ever reach $800 million total in North America as it eyes a fourth consecutive first place finish this coming weekend. It even has a chance to best Avatar's record $50.3 million for the best fourth weekend gross by any movie in history (although that will be a close race to watch in the days ahead).

On its current trajectory, The Force Awakens won't stop anytime soon. It seems a relatively safe bet at this point that the blockbuster phenomenon will eventually be the first to crack $900 million domestically by the end of its run. Optimistically higher projections are still on the table, but it remains to be seen how strongly the film performs in its first post-holiday weekend ahead. After that, we may have a better idea of just how high the picture will go in the end.

In other news yesterday, Daddy's Home retained second place with $1.55 million as it inched closer to the $100 million threshold. With $99.8 million in the bank so far, it continues to outpace The Other Guys at the same point in release.

Meanwhile, The Hateful Eight posted $1.44 million as it rounded out the top three, giving it an overall total of $33.8 million thus far.