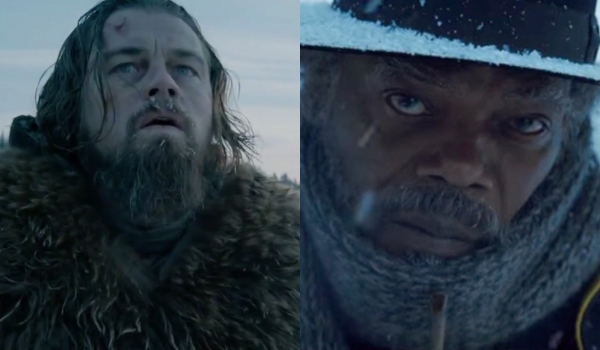 Friday Morning Update: Deadpool took top spot in mentions on Twitter over the past week as expected. With Star Wars now slamming box office records left and right  Deadpool has inherited the Twitter fanboy upcoming film title, a position it should be able to lock down tight until its release next month barring any huge trailers being dropped for one of the other tentpoles.

This upcoming weekend The Revenant attempts to successfully expand to wide release (over 3,300 screens) and do what its director Alejandro González Iñárritu amazingly never did with his last acclaimed film Birdman, have a weekend of over $3 million dollars. Yes The Hateful Eight might snipe some of its business or even Star Wars but there is more than enough to go around and the buzz here. A solid marker here is that The Hateful Eight opened in wide release last weekend yet The Revenant still managed to secure more buzz than it over the past week (Hateful Eight had 81,823 tweets). We have predicted a $30 million opening for Leo and friends this weekend.

Juggernauts X-Men and Captain America secured third and fourth respectively without any major news just based on the laurels of their franchises. Disney sneaked into the fifth spot as well with Zootopia which has generated a surprising amount of buzz considering its younger target demographic and that its an original film rather than an adaptation or sequel. Kung Fu Panda 3 for instance was way back in 13th spot on the week with just over 16,000 tweets. I suspect I'll be talking about Zootopia a lot more in coming week as its release approaches.