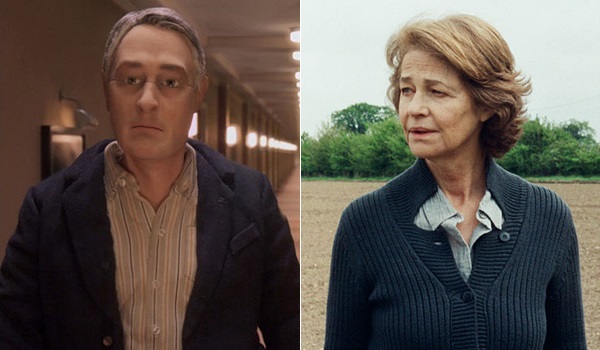 With Fox's The Revenant taking off in wide release, it was fairly quiet on the platform front this weekend.

Paramount's Anomalisa took in an estimated $221,000 from 17 locations. That gave the critically acclaimed stop motion animated film directed by Charlie Kaufman and Duke Johnson a per-location average of $13,000. Upon expanding into an additional 13 locations this weekend, Anomalisa was up 63 percent over last weekend's performance. In comparison, 2008's Synecdoche, New York took in $99,363 in its second weekend while remaining in nine locations for a per-location average of $11,040. The twelve-day platform total for Anomalisa stands at $490,532.

45 Years grossed an estimated $90,567 from nine locations in New York and Los Angeles, for a per-location average of $10,063. The critically acclaimed drama from IFC Films' Sundance Selects division starring Charlotte Rampling and Tom Courtenay was up a slim 3 percent from last weekend (when the film was playing in six locations). 45 Years has grossed $354,720 in 19 days of release. IFC Films plans to expand 45 Years into additional markets on January 22.

The Weinstein Company's Carol registered an estimated $1.47 million from 525 locations. The critically acclaimed Todd Haynes directed romantic drama starring Cate Blanchett and Rooney Mara was up a modest 25 percent upon expanding into additional 336 locations this weekend. Carol had a per-location average of $2,808 for the frame. The 52-day total for Carol stands at $6.99 million.

Focus' The Danish Girl took in an estimated $0.83 million from 417 locations. The Tom Hooper directed drama starring Eddie Redmayne and Alicia Vikander was down 46 percent from last weekend. That represented a concerning hold, especially since the location count for The Danish Girl only decreased by 32 this weekend. The Danish Girls has grossed $7.59 million in 45 days.

As they continue to play in limited release, Fox Searchlight's Brooklyn and Open Road's Spotlight took in respective estimated grosses of $1.05 million and $0.94 million. Brooklyn was down just 16 percent from last weekend, while Spotlight decreased by 21 percent. Respective 66-day grosses for the awards season hopefuls stand at $28.56 million for Spotlight and at $22.43 million for Brooklyn.