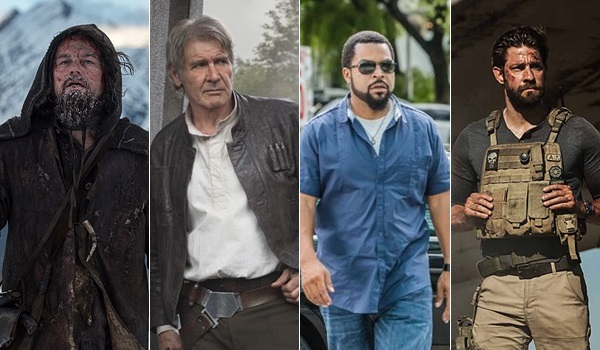 Fox reports today that The Revenant earned another $2.22 million on Wednesday as it held first place for the second straight day this week. Representing a 41 percent drop from the same day last week, yesterday's tally sent the 12-time Oscar nominated film past the $100 million domestic benchmark as it continues to enjoy a wave of momentum from awards season and healthy word of mouth. The official total stands at $101.1 million.

In second place, Star Wars: The Force Awakens posted a 42 percent dip from last Wednesday to $1.81 million yesterday. That gives the all-time domestic record holder a current total of $863.2 million and counting.

Ride Along 2 claimed third place yesterday with $1.46 million. The Universal comedy sequel is performing somewhat below the pace of its predecessor, but still remains at an overall healthy level considering its modest budget. The film's total through six days of play is $44.7 million.

Meanwhile, 13 Hours: The Secret Soldiers of Benghazi took in $1.38 million yesterday, giving it a six-day run of $22.4 million so far. The film will expand into Canadian territories this weekend as it hopes to build on healthy word of mouth.