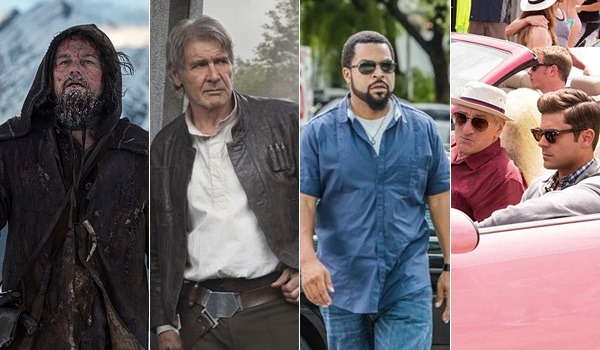 Fox reports today that The Revenant retained first place on Wednesday with $1.58 million, down just 29 percent from last week. That brings the 12-time Oscar nominated epic to a domestic tally of $124.3 million thus far as it continues to playing strongly on the heels of awards circuit success and buzz around Leonardo DiCaprio's leading performance.

Star Wars: The Force Awakens added another $1.325 million yesterday, off just 27 percent from the same day last week. That brings the all-time domestic record holder's running total up to a staggering $883.3 million through 41 days of release.

Dirty Grandpa rounded out the top three on Wednesday with $0.96 million. That gives the comedy a six-day total of $14.3 million -- notably ahead of the pace of That Awkward Moment, but still a relatively modest tally thus far.

Falling just outside the top five yesterday, The Boy posted $0.606 million in sixth place. The film has earned $13.0 million through six days of release.