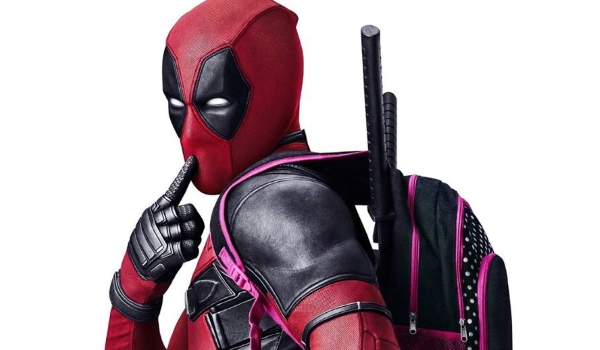 Friday Morning Update: So in its last week of eligibility for my Twitter Futures column (as it opens next Friday), Deadpool did what it has done so well in recent times: obliterate the competition. Punching in with 326,090 tweets, it easily bested fellow Valentine's Day opener Zoolander 2 which had 84,133. How does Deadpool's numbers stack up with other recent comic adaptations you might be wondering? Guardians Of The Galaxy had 153,414 tweets the same period before its release, Avengers: Age Of Ultron had 325,348 while Kingsman: The Secret Service had just 26,919. What is clear at this point is that the marketing for the film has done an excellent job at leveraging the built-in fanbase of Deadpool and used some very creative Deadpool-esque ways of generating buzz. Those clever tactics have been devoured readily by social media and plays perfectly into some of its core constructs. Namely, offering a quick laugh to generate interest. No other film in recent history, or really ever, has so effectively used memes and mashups to its advantage. Thinking about the Valentine's parody posters, Ryan Reynolds early tweets about the film, the carefully planned irreverent pictures like Deadpool on the toilet or by the fireplace. Whether the film is a huge success at the box office or not, the marketing for this film has built the brand up substantially which will lead to huge merchandising revenue rewards.

Certain films in the past greatly changed social media marketing. When I think back to the first Paranormal Activity, it introduced the whole idea of generating interest for the film by having people vote to see which cities it expanded to on future dates. Was a runaway success. Others include Inception which benefitted greatly from the buzz it received post-release on Twitter and Facebook to help give it some of the most impressive legs of a Summer blockbuster in this century. Unfriended tapped into an exceedingly popular application (Skype) and its usage amongst teens to create a horror frighteningly relatable to a large percentage of that particular target audience. Then we have Deadpool which has leveraged the brand of its main protagonist more effectively that ever by a combination of gorilla marketing and unconventional methods. Deadpool's trailer received loads of buzz yes, but I can think of 10+ other events which also generated substantial upticks in traffic before release. So hats off to those at Fox for their handling of the film, we are very high on its potential here at Box Office and our early predictions have it opening to $76 million over the holiday period.

Zoolander 2 also opens up next weekend and saw a nice increase last week to 84,133. Initially I wasn't so high on its potential but it has turned in strong returns over the last few weeks. Comparisons are tough for this but the best I can think of would be Anchorman 2 which had 55,808 tweets the same period before its release. We are predicting $25 million for it over the long weekend.

Last thing I wanted to mention was Me Before You which debuted its trailer this past week which helped it to move into the top 10 for the first time. Though it wasn't a huge trailer debut (16,498 tweets on Wednesday), considering the stars involved: Emilia Clarke and Sam Claffin, it has a strong chance of snowballing in buzz as its approach nears and has the potential to be this year's Paper Towns.