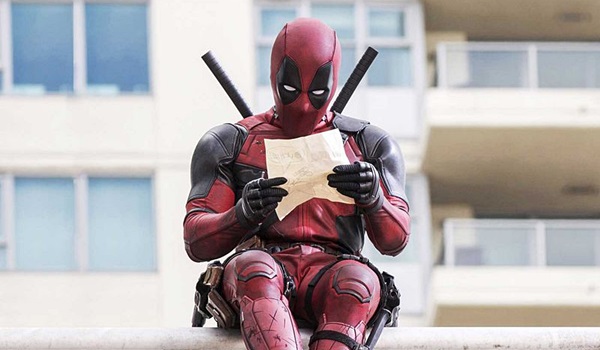 Fox's Deadpool exploded this weekend with a four-day debut of $152.19 million. The Ryan Reynolds led antihero film destroyed expectations and the previous four-day Presidents Day weekend record of $93.01 million set last year by Fifty Shades of Grey. Deadpool also set a new benchmark for the X-Men universe, as the film opened 24 percent stronger than the $122.86 million four-day launch of 2006's X-Men: The Last Stand and 38 percent stronger than the $110.58 million four-day start of 2014's X-Men: Days of Future Past. The comparison to Days of Future Past is especially impressive given that Deadpool didn't have the added advantage of higher priced 3D admissions and opened in 438 fewer locations.

Deadpool took in $132.43 million over the three-day frame. That represents the 17th largest opening weekend performance of all-time without taking into account ticket price inflation. Deadpool demolished the previous all-time R-rated and February three-day opening weekend records, as the film opened 44 percent ahead of the $91.77 million 2003 debut of previous R-rated record holder The Matrix Reloaded and 55.5 percent ahead of the $85.17 million take of previous February record holder Fifty Shades of Grey.

Deadpool also claimed the fifth largest three-day debut ever for a Marvel adaptation (behind only 2012's Marvel's The Avengers, last year's Avengers: Age of Ultron, 2013's Iron Man 3 and 2007's Spider-Man 3) and the seventh largest three-day debut ever for a comic book adaption of any kind (behind only 2012's The Dark Knight Rises and 2008's The Dark Knight in addition to the four mentioned Marvel films).

Thanks to a marketing campaign that went over amazingly well with moviegoers, Deadpool had generated strong online activity for months. But the film ultimately performed far stronger than its online strength had suggested. In addition to the film's marketing striking the perfect chord, Deadpool was also helped by the popularity of the character among comic book fans, good critical reviews and Valentine's Day falling on Sunday.

Deadpool opened with $47.34 million on Friday (which included an estimated $12.7 million from Thursday night shows), dipped just 10 percent on Saturday to take in $42.51 million and was essentially unchanged on Valentine's Day Sunday to gross $42.59 million. That placed the film's opening weekend to Friday ratio at 2.80 to 1, which is very encouraging for a high-profile comic book adaptation (even with Valentine's Day in mind). Deadpool fell 54 percent on Monday to gross $19.76 million.

Deadpool received a strong A rating on CinemaScore and currently boasts a terrific 95 percent audience score on Flixster. With strong word of mouth, it's very possible that Deadpool will have stronger than expected holding power as well, on top of its already explosive debut.

Fellow Fox release Kung Fu Panda 3 placed in a distant second with a four-day take of $25.91 million. The 3D computer animated sequel from DreamWorks Animation was up an impressive 22 percent over last weekend's three-day frame. Kung Fu Panda 3 was helped out this weekend by no new family films entering the marketplace, by the four-day holiday frame and by Super Bowl 50 having deflated last weekend's grosses in general. Kung Fu Panda 3 has grossed $100.18 million in 18 days. That places the film 17 percent behind the $120.75 million 18-day gross of last year's Hotel Transylvania 2. Kung Fu Panda 3 is likely to hold up well throughout the rest of February, thanks in part to no new family films entering the marketplace until the arrival of Disney's Zootopia on March 4. Kung Fu Panda 3 took in $19.76 million over the three-day frame.

Warner's How to Be Single debuted in third place with a four-day start of $19.90 million. The romantic comedy from New Line and MGM featuring Dakota Johnson opened in line with pre-release expectations. How to Be Single benefited from Valentine's Day falling on Sunday and from ultimately representing a better alternative choice to Deadpool than Zoolander 2 did. The four-day launch of How to Be Single was 12 percent stronger than the $17.81 million four-day start of 2009's Confessions of a Shopaholic.

How to Be Single opened with $5.25 million on Friday (which included an estimated $700,000 from Thursday night shows), increased 14 percent on Saturday to gross $5.97 million, was up 12 percent on Sunday to take in $6.66 million and declined 70 percent on Monday to gross $2.03 million. How to Be Single received a respectable B rating on CinemaScore and currently has a 62 percent audience score on Flixster. The film took in $17.88 million over the three-day weekend.

Meanwhile, Paramount's Zoolander 2 had to settle for a fourth place four-day take of just $15.88 million. The PG-13 rated comedy sequel starring Ben Stiller and Owen Wilson opened well below expectations, which had tended to be in the range of $20 million to $25 million. While Zoolander 2 had generated strong online activity levels before its release, that online activity and the film's cult following failed to transfer over to the box office this weekend. Obviously, the break-out performance of Deadpool also significantly limited the potential of Zoolander 2 this weekend. Without taking into account 15 years of ticket price inflation, the four-day start for Zoolander 2 was a disappointing 3 percent below the $16.41 million four-day gross of 2001's Zoolander.

Zoolander 2 opened with $4.17 million on Friday (which included an estimated $750,000 from Thursday night shows), increased 11 percent on Saturday to gross $4.62 million, was up 9 percent on Sunday to gross $5.05 million and fell 60 percent on Monday to gross $2.04 million. The film received a soft C+ rating on CinemaScore and currently has an audience score of just 34 percent on Flixster. Neither is a good sign for Zoolander 2 going forward. Zoolander 2 grossed $13.84 million over the three-day frame.