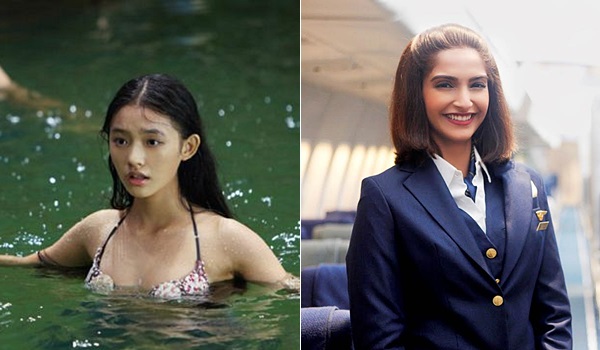 Sony's Měi Rén Yú (The Mermaid) took in an estimated $675,000 this weekend from 77 locations, for a per-location average of $8,766. While the Stephen Chow directed Mandarin-language fantasy comedy still performed well this weekend with its location count in mind, the film was down an underwhelming 31 percent from last weekend's debut upon expanding into an additional 42 locations this weekend. Měi Rén Yú (The Mermaid), which is the highest grossing film ever in China, has grossed a healthy $2.02 million through ten days of platform release in North America.

In its second weekend, Fox International Productions' Neerja took in an estimated $480,000 from 121 locations, for a per-location average of $3,967. The Hindi-language drama thriller starring Sonam Kapoor declined 23 percent upon expanding into an additional 48 locations this weekend. Neerja has grossed $1.28 million in ten days of release. Kapoor's last film, last year's Prem Ratan Dhan Payo, grossed $3.76 million in its first ten days, though that film did have a larger location count.

Sony Pictures Classics' The Lady in the Van continued to hold up well in moderate release with an estimated $1.30 million from 602 locations, for a per-location average of $2,167. The Nicholas Hytner directed film starring Maggie Smith was down a slim 13 percent from last weekend, upon expanding into an additional 62 locations this weekend. The Lady in the Van has grossed a very solid $5.95 million in 45 days (and an additional one-week Oscar qualifying run back in early December).

In its third weekend of release, Drafthouse Films' Where to Invade Next registered an estimated $380,540 from 212 locations, for a per-location average of $1,795. The Michael Moore directed documentary was down 33 percent from last weekend upon playing in 63 fewer locations this weekend. Where to Invade Next has grossed $2.60 million in 17 days, as the film isn't having the same type of box office impact as Moore's previous films have had in the past.

With the Academy Awards taking place tonight, Academy Award nominees for Best Picture held up very nicely this weekend. Estimated grosses for Best Picture nominees currently in limited release this weekend included $1.00 million for Paramount's The Big Short (which was up 13 percent over last weekend), $788,088 for Open Road's Spotlight (which increased by 51 percent), $735,000 for Fox Searchlight's Brooklyn (which decreased by 4 percent) and $643,444 for A24's Room (representing a strong 58 percent increase over last weekend). Respective total grosses stand at $68.51 million for The Big Short, at $39.17 million for Spotlight, at $36.51 million for Brooklyn and at $13.54 million for Room.

Tags: Měi Rén Yú (The Mermaid), Embrace of the Serpent, The Lady in the Van, Where to Invade Next, Spotlight, Brooklyn, Room, north-america