close
Predictions for the year ahead 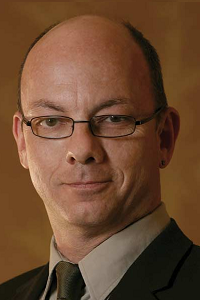 Last year at this time, the year was looking like it had a shot at breaking a box office record. Avatar was waiting in the wings, the Alvin and the Chipmunks sequel was likely to do strong business and Sherlock Holmes had Robert Downey Jr. Everyone knew Avatar was going to do well, but no one—and I mean nobody—had an inkling that it would do that well. Going into the last week of the year, things looked so good that I got a little cocky and predicted we just might have our first $400 million grossing week ever. I was wrong. It was the first $500 million week ever.

But this year, I don't know. Four weeks out from the end of the year, box office is running ahead of 2009-as it has all year-but only by 1.4 percent. At this same point in 2009, the year still had just over $1 billion dollars in box office left to give. To match 2009's record total, we will have to gross $900 million in the weeks remaining.

Will we get there?

By the time you read this, the industry will have had its first ever simultaneous wide release of two 3D features—Yogi Bear and TRON: Legacy—on December 17 shared across the now more than 7,900 3D screens available in the US and Canada. The James L. Brooks comedy How Do You Know opens the same weekend. Before that, we have the third installment of the Chronicles of Narnia and The Tourist with Johnny Depp and Angelina Jolie.

The weekend before Christmas brings Gulliver's Travels, Little Fockers and the Coen Brothers' True Grit. That means seven and possibly eight movies with at least $100 million potential at the box office, without taking into consideration possible expansions and several movies in smaller release patterns and holdovers.

So the answer is, yes, 2010 will set another box office record. Maybe. Don't hold me to it.

You might have noticed that of the eight wide releases noted here, seven of them are sequels or remakes. I boldly predict that in the coming year we will have lots of remakes and sequels-more than twenty of them. I know this because they've already been slotted into the release schedule, but I predict it for another reason. Predictability.

Unlike any other business, our inventory changes constantly. I don't mean just the latest update or freshening of a product line. I mean a completely different product every week. Imagine walking into a shoe store you patronized last week and discovering they now only sell coats. Both products are demonstrably outerwear, but a coat doesn't keep your feet warm. That's the prospect facing our customers every week. While both are undeniably movies, a patron who thoroughly enjoyed Inception may be in for a bit of a shock when he walks into your theater the next week expecting the same experience from Piranha 3D.

Most moviegoers, of course, don't approach their moviegoing choices like that. They, too, understand that movies are non-repeatable phenomena, which is why Hollywood spends enormous sums of money to market their movies. They have to convince our customers over and over again that what they offer is something the moviegoer will enjoy. Which is where sequels and remakes come in. If the audience has demonstrated before that they enjoyed a certain collection of characters or a certain story (most clearly demonstrated by their purchase of hundreds of millions of dollars' worth of tickets), studios feel more confident that they will likely enjoy them again in a new, but reassuringly familiar form. That familiarity also smooths out the steepest and most expensive part of the marketing effort-getting people to know your movie even exists.

Theaters can do their part, as well, to foster that sense of reliability and comfort for their patrons. Friendly and courteous customer service, cleanliness at the concession stand, the highest standards of presentation and the behavior of other patrons all factor into the decision of the moviegoer to take a chance on the new products we have to offer week after week.

For the same reason, 3D is not a slam dunk. Much of the marketing behind 3D has emphasized that 3D cinema is a new, premium way of experiencing movies—and that is true. But 3D alone will not sell a movie. The audience has to trust that the premium experience they are paying for is worth the cost. Gallons of ink have been spilled over the debate over 3D's dominance (or death) because some movies have not performed as well in the format as others. Who thought they would? Even if, as it has not, the quality of the 3D effects in every 3D movie were equal, the movies themselves still have to convince audiences that they are worth the time and money to see them-in whatever the number of dimensions.

In essence, 3D, while adding to the box office bottom line, has had to leap two marketing hurdles: is 3D worth seeing, and is it is worth seeing on this particular movie. And that last assumes that audiences have been convinced to see that particular movie in the first place.

So what is predictable about the movie business? First, that people have a need to come together in the dark to have stories told. It has taken many forms throughout history, from reenactments of the hunt by the flickering light of a fire in a dank cave to vast amphitheaters, and from gilded opera houses to the cheery, neon neighborhood movie theater. People need to get out of the house and come together to share the experience of being entertained.

Second, I predict that someone will predict that the movie theater business is dying, even as box office and attendance are going up. Box office has risen for four straight years—the last three all set records (while domestic theatrical home video revenue declined 17.78 percent) even in the teeth of the worst economic downturn since the Great Depression-and, as I rashly predicted earlier in this column, we'll probably set a record this year, too. Average yearly attendance has risen for four straight decades, from 995 million in the '70s to 1.13 billion in the '80s, 1.28 billion in the '90s and 1.43 billion this last decade.

Third, that we will continue to hear complaints about the shocking rise in ticket prices. We will hear about this despite the fact that going to the movies remains the least expensive form of out of home entertainment. We will hear this despite the fact that, adjusted for inflation, the average movie ticket today costs less than the average movie ticket in 1969. That $1.42 average movie ticket in the first year of the Nixon Administration would cost $8.46 in the second year of the Obama Administration. The average ticket price today is $7.85. Keep in mind that with stadium seating, digital audio and digital and 3D projection, the movie theater experience is arguably far better in 2010 than it was in 1969.

Finally, I predict that something will happen in the movie business that nobody predicted would happen—because that's what always happens.