close
Why the industry must focus on protecting its voluntary nature

Ruminations on the Ratings System 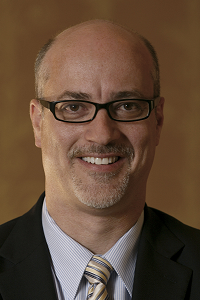 It is a very busy time for exhibitors and your trade association. The conversion from film to digital cinema has accelerated to a break-neck pace as our industry tackles its most significant technological transition ever. Business models have morphed as equipment costs, VPFs and 3D pricing fundamentally change the math. At the same time, our business confronts a very serious challenge: the proposal by some misguided studio executives to vastly shorten the release window for "premium" VOD. NATO has launched a substantial campaign to confront this challenge to the theatrical release window. And we've got to rally our remaining time and resources for the rest of our concerns from movie theft to time-sensitive government relations issues to the revitalization of the business after this short-term slump attributable to bad movies.

In this flurry of activity, we still must devote sufficient attention to our cherished voluntary movie rating system. Recently I have noticed some danger signs. Though official results have not yet been released, early reports from the Federal Trade Commission suggest that the recent mystery shopper survey did not go as well for exhibition as we had hoped. Specifically, FTC staff tells us that the early data suggests a slightly lowered enforcement rate by the nation's theater operators. At the same time, several high-profile industry figures like Harvey Weinstein have leveled public attacks on the rating system.

FTC reports and industry criticisms are nothing new, but the current political and legal environment may exacerbate these challenges. Last November, the country elected vastly more conservative legislators at both federal and state levels. In recent history, conservative policy-makers have pushed to regulate culture even as they pull back on government intervention in business. In addition, the Supreme Court has heard arguments-and will soon issue its opinion-on a landmark First Amendment case involving the sale of ill-defined "violent" video games. [See "Supreme Court Case Could Fundamentally Change the Entertainment Industry," BOXOFFICE, July 2010.] If the Court rules in favor of a state law regulating the sale of video games, they'll set a dangerous precedent for further regulation of violent entertainment, including movies. But even if the Court rules in favor of the video game industry, the publicity surrounding the case may draw the attention of legislators.

What could it mean if legislators want to strong arm our voluntary rating system into an involuntary law? Most threateningly, rating legislation could impose criminal and civil sanctions on theater operators who fail to enforce that legislation at the box office. NATO member activists will remember 2000-2001 when federal legislation was considered that would have imposed jail time and thousands of dollars of fines on theater operators who sold tickets to "R" rated movies to underage patrons. Legislative focus could also lead to censorship of the content itself. Many politicians have expressed concern about what they perceive to be excessive violence in entertainment. Others believe that cigarette smoking should be eliminated from movies rated G, PG and PG-13. Another batch of legislators has a narrow tolerance for sex and nudity. In the past, previous concerns about the content of movies have pressed our industry to confront proposals for increased taxation on our business. In a time of serious budgetary challenges at the federal and state level, any new tax proposals will be considered.

What should we do to avert such reactions? First, we need to ensure that our rating system continues to reflect the values of America's parents. As the two organizations responsible for the rules of the Classification and Rating Administration (CARA), NATO and the MPAA continually review feedback and opinions on the rating system from patrons and available consumer research. Both organizations will continue to assess parental reaction and seek the input of our members as we consider possible modifications of the rating system to better reflect the opinions of parents. Our two organizations will also seek ways to improve education techniques. The MPAA, for example, has recently published a revised booklet that explains the rating system. Contact NATO for your free copy.

For our exhibitor members, I encourage you to re-double your ratings enforcement and education efforts. Re-train your staff. Order additional posters and other education materials (we have them for free) and ensure that they are displayed in every theater. Review your websites and those of your online ticketing partners to ensure proper display of ratings information. When the full results of the FTC mystery shopper are in, we'll have them and we need to all review them to learn the theater locations where education and enforcement need to be enhanced. NATO will host a webinar—a seminar on the web—of our ratings compliance officers in April, and we encourage all members to participate. If you run a theater company and have not appointed a ratings compliance officer, please do so and let us know the name of your new appointee. And finally, plan ahead for Ratings Awareness Month in June.

Your movie theater benefits from the voluntary nature of the rating system. Unlike other territories in the world, exhibitors in the United States have so far been safe from government regulation, fines and criminal sanctions. We need to stay safe. And on a broader level, the voluntary nature of the ratings protects the creative movie-making, distribution and exhibition process—rights that enable true free speech. Given the current environment, it's time to work hard to protect ourselves and the system.