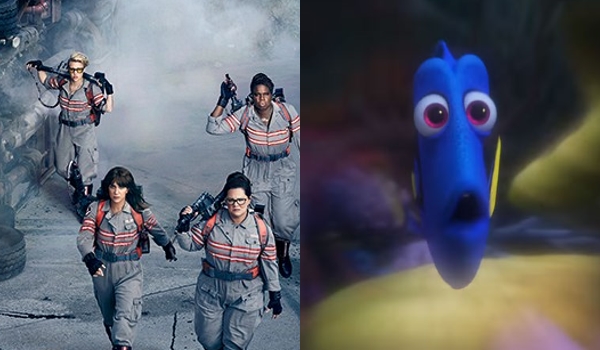 Friday Afternoon Update: Finding Dory reminded us all on Wednesday that it is the most anticipated animated film on the year as it secured a genre-record 179,917 tweets on the day (9th largest overall). In recent times Zootopia has really done well on Twitter and Dory has taken a back seat for much of 2016 to it but with this new trailer it offers a not-so-subtle reminder that the Pixar film is in line for a massive payday later this Summer. To frame just how crazy of a number 179k is for an animated film, Minion's high water mark was 74,368 tweets and that was the day of its release. The highest The LEGO Movie ever got was  82,343 tweets on the day of its release. The fact that Finding Dory is more than doubling these two comparisons which were massive social media successes shows just how large the appeal and awareness of the film is. Finding Nemo ranks as the fifth largest animated film of all time unadjusted with over $380 million. I wouldn't be betting against Dory setting her own records this time out for opening weekend or total gross after seeing these types of numbers so far from release. The icing on the cake here was that it has a ratio of 145 positive to 1 negative tweets for its trailer release day which is one of the highest ever. In fact, the next closest sentiment ratio to this in the top 10 by total tweets for trailers is 22:1 for Avengers: Age Of Ultron.

Besting even Finding Dory on the week was Ghostbusters which turned in a dominating performance yesterday, ending with the fourth largest trailer debut on Twitter ever - 232,824 tweets. Just from a sheer numbers perspective this is a very auspicious start for the reboot of the franchise and hints at massive potential this Summer. That's the upside, on the downside, while Finding Dory had the most positive sentiment of the top 10 all time trailer receptions on Twitter, Ghostbusters had the lowest. Yes, a 2:1 positive to negative ratio which overtook the infamous record from Suicide Squad which had a 4:1 sentiment for its first trailer which nabbed 253, 376 tweets earlier this year. The all female casting of the beloved classic has sparked a lot of nay-sayers to be very vocal which undoubtedly has caused a dive in the sentiment. Still, the increased publicity, whether positive or negative is a good things here and helps to raise awareness of the film. Its now up to the marketing campaign to win over more people as its release approaches.