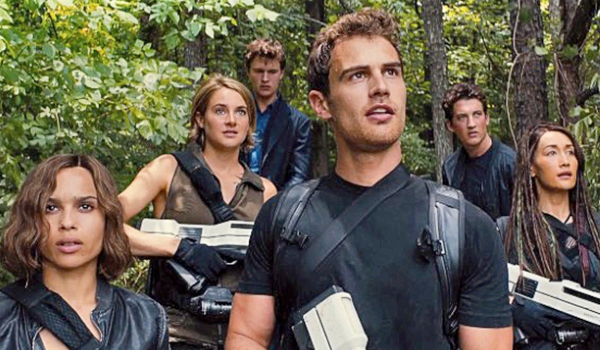 Monday Morning Update: The Divergent Series: Allegiant made a rare appearance on top of the weekly Facebook leaderboards this past week as it rose 132,873 likes. I have been hard on its buzz or lack thereof in recent weeks but I will give credit where its due and for it to ring in 130k more likes despite its already hefty like count is impressive. While it might not be able to reach the levels of the first two films on opening weekend it still has excellent awareness and should still have a solid chance at mid $30 millions to low $40 millions. Given its International successes in the past it will likely still be a profitable entry for the series and more than ensure that the final films do indeed get made. With the first film grossing $150 million domestically and the second $130 million might the trend continue here and the third grab $110 million?

On the strength of its first trailer Ghostbusters made it all the way to #2 on the week with 96,112 new likes. With over 440,000 shares of its trailer post, 18 million views and over 255,000 likes on the trailer alone (to less than 20,000 as an unhappy response) its 10:1 sentiment was actually much stronger on Facebook than then 2:1 it received on Twitter. As far as trailer impacts and splashes go they really don't get much bigger than this.

My Big Fat Greek Wedding 2 continues to keep piling on the likes and now stands north of 700,000 likes. In fact, the last month alone has seen it score over 345,000 new likes. That is more than every single romantic comedy that has opened over the past few months including How To Be Single (176,162 likes the same distance from release), and The Choice (116,705 likes).