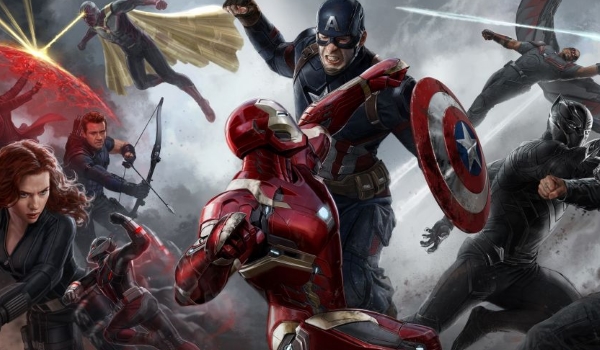 Friday Afternoon Update: Captain America: Civil War (aka Captain America 3) handily trounced all other films on Twitter this past week thanks to its most recent trailer which nabbed 163,055 tweets. The first trailer had 'just' 136,670 tweets, so this was a 20% bump in traffic the second time out which is quite unusual for blockbusters as its normally the other way around. The trailer owes a lot to the first appearance of Spider-Man in the Marvel Cinematic Universe canon. A merging of super powers if you may, having two past record holding franchises merge here is exciting to say the least. Its like Aliens vs. Predator times 100. I would easily expect the largest Captain America opening of the franchise. No faltering on the MCU's stellar track record is in sight anytime soon.

Ghostbusters had a strong hold a week after its trailer debut, falling just 30%. This was especially impressive when one considers that Finding Dory had more than double the fall with 74%. That being said Ghostbuster's positive to negative ratio has been consistently the worst of any major release and even saw a day with more negative than positive tweets which is a rare occurrence. I still believe that all news is good, especially this far out from release as it raises awareness. I also fully expect it to turn around as its release gets closer and more buzz, previews and early critics screening should counteract many fans' fears.

The Divergent Series: Allegiant continued its slow burn leading up to its release. By comparison, the last film in the franchise Insurgent had 226,948 tweets the same distance before its release last year.