Fox's Deadpool easily remained in first place at the box office this weekend with $56.47 million. The Ryan Reynolds led antihero film was down a sharp 57 percent from last weekend, as exceptional word of mouth wasn't enough to offset initial fan-driven front-loading. With that said, Deadpool held up better than 2014's X-Men: Days of Future Past, which fell 64 percent in its second weekend to gross $32.55 million. In general, X-Men universe films have tended to experience very sharp second weekend declines. In the bigger picture, the relatively modestly budgeted Deadpool has already grossed a massive $236.87 million in just ten days of release. That is a very impressive 46 percent stronger than the $162.02 million ten-day take of Days of Future Past (which also had the added advantage of higher priced 3D admissions; something that Deadpool doesn't have). Without taking into account ticket price inflation, Deadpool is already the highest grossing X-Men universe film of all-time domestically, as it has passed the $234.36 million total gross of 2006's X-Men the Last Stand.

Fellow Fox release Kung Fu Panda 3 held steady in a distant second place with $12.52 million. The 3D computer animated sequel from DreamWorks Animation was down a solid 37 percent from last weekend. Kung Fu Panda 3 has grossed $117.12 million through 24 days of release. That places Kung Fu Panda 3 14 percent behind the $136.81 million 24-day take of last year's Hotel Transylvania 2 (which fell 38 percent in its fourth weekend to gross a similar $12.65 million). Kung Fu Panda 3 is likely to hold up well next weekend, before taking a hit the following weekend from the arrival of Disney's Zootopia on March 4.

Risen was the weekend's top new release with a third place debut of $11.80 million. The faith-based film from Sony's AFFIRM Films label starring Joseph Fiennes was off to a solid start, as it opened on the high end of expectations. Compared to previous films from AFFIRM Films, Risen opened 41 percent ahead of the $8.38 million debut of 2014's When the Game Stands Tall and 4 percent ahead of the $11.35 million start of last year's War Room. Due in part to the faith-based competition the film will be facing in March, it seems likely that Risen will display holding power more similar to that of When the Game Stands Tall than War Room, but that remains to be seen. Risen opened with $4.02 million on Friday (which included an estimated $425,000 from Thursday night shows), increased 11 percent on Saturday to gross $4.46 million and declined 25.5 percent on Sunday to gross $3.32 million. That placed the film's opening weekend to Friday ratio at 2.94 to 1. Risen received a healthy A- rating on CinemaScore and currently has a very solid 80 percent Flixster audience score.

The Witch debuted in fourth place with $8.80 million. A24's low-budget R-rated horror film opened on the high end of expectations and performed very nicely with its price tag in mind. The Witch benefited from its strong critical reviews, as the film currently boasts an 88 percent Tomatometer on Rotten Tomatoes. However, The Witch doesn't appear to be going over anywhere near as well with moviegoers, as the film received a soft C- rating on CinemaScore and currently has a Flixster audience score of just 53 percent. Regardless of how well the film ultimately holds up going forward, The Witch generated a healthy opening weekend performance for A24 as the distributor's first traditional opening weekend wide release. The Witch opened with $3.27 million on Friday (which included an estimated $630,000 from Thursday night shows), increased 2 percent on Saturday to gross $3.34 million and decline 34 percent on Sunday to gross $2.19 million. That gave the film an opening weekend to Friday ratio of 2.69 to 1.

Warner's How to Be Single rounded out the weekend's top five with $8.20 million. The romantic comedy from New Line and MGM featuring Dakota Johnson was down 54 percent from last weekend. That represented a very respectable second weekend hold; especially given that last weekend's performance was inflated from Valentine's Day falling on Sunday. How to Be Single has grossed $31.75 million in ten days. That is towards the higher end of expectations and places the film 16 percent ahead of the $27.38 million ten-day start of 2009's Confessions of a Shopaholic (which fell 55 percent in its second weekend to gross $6.74 million).

Race debuted in sixth place with $7.35 million. Focus' Jesse Owens biopic starring Stephan James opened a bit below its modest expectations and 33 percent below the $11.02 million start of McFarland, USA over the same weekend last year. Race started out with $2.38 million on Friday (which included an estimated $205,000 from Thursday night shows), was up a healthy 30 percent on Saturday to gross $3.08 million and fell 39 percent on Sunday to gross $1.89 million. That places the film's opening weekend to Friday ratio at 3.09 to 1. Race will hope to hold up well going forward thanks in part to skewing heavily towards older moviegoers (76 percent of the film's audiences was 25 years and older) and in part to strong early word of mouth (the film received a very promising A rating on CinemaScore and boasts a current Flixster audience score of 83 percent).

Meanwhile, Paramount's Zoolander 2 continued its disappointing run with a seventh place take of $5.46 million. The PG-13 rated comedy sequel starring Ben Stiller and Owen Wilson was down a very sharp 61 percent from last weekend. Zoolander 2 has grossed just $23.67 million in ten days, which places the film an underwhelming 16.5 percent behind the unadjusted $28.34 million ten-day take of 2001's Zoolander (which fell 39 percent in its second weekend to gross $9.52 million). Zoolander 2 should continue to fall off quickly going forward due in part to poor word of mouth among moviegoers. 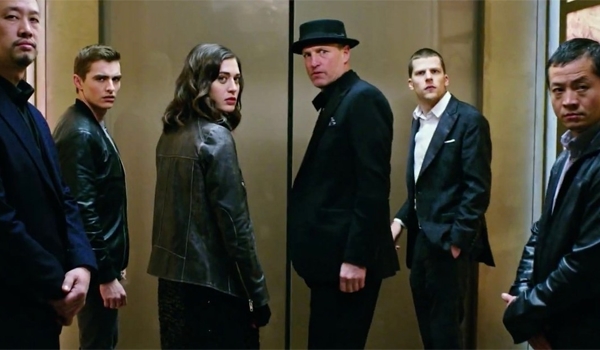 PLANO, Texas--(BUSINESS WIRE)--Feb. 22, 2016-- Cinemark Holdings, Inc. (NYSE: CNK), a leading motion picture exhibitor, announced that Justin McDaniel has been named Senior Vice President Global Content Strategy and Analysis. In this role, Justin will oversee film buying and programming throughout Cinemark's U.S. and Latin American markets. Justin was promoted to Vice President in February 2014. Prior to joining Cinemark in 2006 Justin had been an experienced film buyer for Century Theatres.

"Cinemark has one of the best content programming teams in the industry and Justin has been key in coordinating our efforts to maximize the utilization of our screens on a worldwide basis," states Mark Zoradi, Cinemark's Chief Executive Officer. "With his leadership, our film and content programmers will continue to provide Cinemark's customers the best entertainment options from around the world." 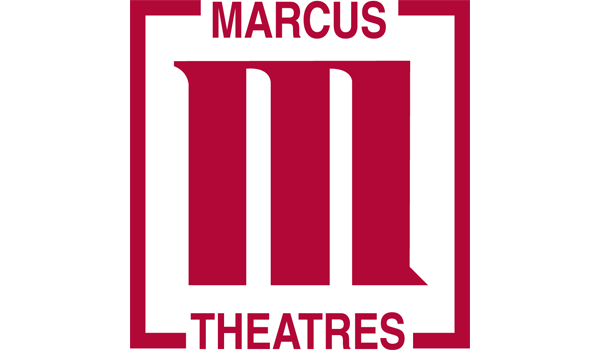 Milwaukee, February 22, 2016... Marcus Theatres®, a division of The Marcus Corporation (NYSE:MCS), announced today that it is adding comfortable DreamLounger recliner seating to all 15 auditoriums - including the existing UltraScreen® - at Orland Park Cinema, located at 16350 S LaGrange Road. Construction is scheduled to begin this spring.

DreamLounger recliners are among the company's most popular amenities as these seats provide guests with the comforts of home and double the legroom. Once the renovation is complete this summer, Orland Park moviegoers will be able to go from a seated, upright position to a full recline at the touch of a button. Additionally, seats can be selected and reserved in advance for a conveninent, stress-free experience. In the UltraScreen auditorium, the installation of DreamLoungers will complete the company's popular UltraScreen DLX experience.

"As a part of the Orland Park community for more than 20 years, Marcus Theatres is committed to bringing its residents the latest amenities in moviegoing," said Rolando Rodriguez, president and chief executive officer of Marcus Theatres. "DreamLounger recliners will bring much excitement to Orland Park Cinema guests this summer. Plus, we are planning for future renovations including the addition of food and beverage amenities. Stay tuned for more to come."

London, UK; February 22, 2016 - Movio, the global leader in marketing data, analysis, insights, and campaign solutions for theatrical exhibitors, studios and film distributors, has signed Vue Entertainment (Vue), a leader in the premium cinema sector, for its Movio Cinema platform. Vue is part of Vue International, one of the largest cinema group outside the United States. Implementation will begin in February at all Vue cinema locations in England and Ireland. The announcement was made today by Sarah Lewthwaite, Movio's Strategic Partnerships Director for the EMEA Region, and Dominic Rowell, Commercial Director at Vue.

"Movio Cinema will make an important contribution to the business creating an ecosystem that will leverage a real-time, single customer view from multiple sources," said Dominic. "This approach will enable our product and marketing teams to improve our customers' experience, drive value and engagement, and distinguish the Vue brand."

"We're thrilled that Vue Entertainment will be working with Movio Cinema to enhance its Digital experience," said Ms. Lewthwaite. "Vue is one of the world's true innovators in the cinema experience and we're honoured that they've chosen Movio Cinema to reach even higher levels of excellence."

"Movio Cinema is a well proven marketing data analysis and campaign management solution in the industry," offers Roland Jones, Executive Director of IT at Vue.