Kirsten Sheridan's saccharine drama prefers music to people. A young cellist named Lyla (Keri Russell) and Irish rocker Louis (Jonathan Rhys Meyers) have a whirlwind romance that results in her protective father (William Sadler) splitting them up and signing away her child for adoption so she can concentrate on making it to the New York Philharmonic.


Flash-forward 11 years to where a naive runaway boy named Evan (Freddie Highmore) with a wondrous gift for music tramps around Manhattan telling everyone he's going to compose songs to reach his long-lost parents. As a series of stultifying contrivances warn us, we're destined for a schmaltzy coda where the alienated family comes together in sweeping harmony, the only surprises come from Mark Mancina's engaging and complex scores, which hits all the emotional notes Nick Castle and James V. Hart's flat characters can't reach.


Disguising himself with Manic Panic red hair and pointy sideburns, Robin Williams continues his tour de villainy as a Fagin-esque taskmaster who outfits Evan with an instrument and renames him August, pimping him and a gang of musically talented street urchins to the park to play for tips. 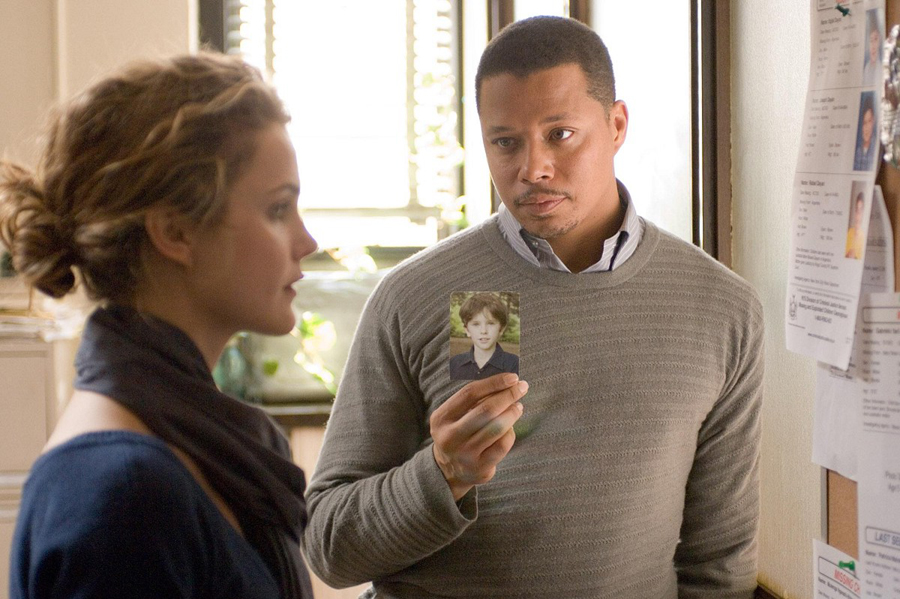 A scene where the boy conducts the noisy chaos of New York into a symphony of construction workers, skateboarders and subway steam captures the wonder of music (with help from some added violins), as does a moment when he first picks up the guitar and, like a Bushman discovering a Coke bottle, proceeds to strangle and drum brand-new sounds out of it that would make Eddie Van Halen gnash his teeth in jealousy.


But the climactic push for Lyla, Louis and August's intertwining lives to come together in a crescendo that underscores Williams' character’s theory that music proves there is a "harmonic connection between all living things" feels not just inevitable but inexorable—it's a music box trying to pass itself off as an orchestra.