on February 28, 2008 by Barbara Goslawski
Print 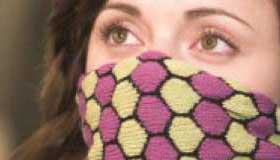 Penelope is a fairytale that plays more like a typical Hollywood romantic comedy with a highly unusual twist. The most successful films in this genre rely heavily on production design, but unfortunately director Mark Palansky decides to play it fairly straight here. Luckily, the film has an interesting story, for which all credit should go to screenwriter Leslie Caveny.

Long ago, an old hag cast a spell on the Wilhern family, proclaiming that the next girl born to them would have a pig face. As time went on, the heirs produced sons who produced sons until the present day when Jessica (Catherine O’Hara) and Franklin Wilhern (Richard E. Grant) finally give birth to a girl. Jessica hides Penelope behind closed doors until she is old enough to marry. Marrying another blue blood, she believes, will break the curse. Many plot twists—and running, screaming aristocrats—later, Penelope escapes to the outside world, tired of this hopeless exercise.

Christina Ricci as Penelope turns in a quiet, unassuming performance—not much surprise there—but it is O’Hara who really shines in this film. She has that great capacity to adapt to a wacky situation without hamming it up (pun unintentional).

Once Penelope is in the outside world, and everyone fights to appear in the tabloids next to her, the film becomes a witty comment on the celebrity machine. Suddenly everyone loves what they were afraid of, and now they want to pat themselves on the back for it. To the film’s credit, Penelope does develop real friendships and a new understanding of herself. The moral of the story is about acceptance, especially acceptance of self. And despite the film’s failure as a fairytale, it does have some hilarious moments.