close
Sword makes for an elegant film on Evangelical proselytizing 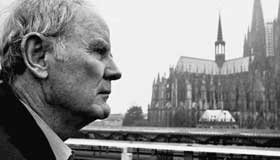 A journalist and former Roman Catholic priest uses autobiographical reflections to frame his misgivings about Evangelical proselytizing at the U.S. Air Force Academy, the Catholic Church’s attitude toward Judaism and Christianity’s martial proclivities from Emperor Constantine to the present. No new history is being done in the elegant film, based on James Carroll’s book, though how facts are interwoven with his personal story adds resonance to his mostly unassailable claims. Staunch defenders of the faith will be rankled, which may boost the movie’s commercial appeal, as might choosing to release it during the Pope’s visit to America.

Carroll doesn’t unearth fresh facts, nor is he muckraking. He’s not the first to reckon with Christianity’s belligerent past or to see Rome’s complex relationship with Judaism, and its antagonists like the Nazis, as problematic. But he appears to offer his views in the spirit of sorrowful concern rather than animosity. There’s also a hint of nostalgia—a longing for a comparatively innocent period in his life when he had fewer doubts about his faith tradition. His father was a high-ranking Air Force general, and as a young man Carroll was torn between the joining seminary and following him into the academy. So it’s with personally grounded angst that he interviews figures involved in the recent scandal at the school in Colorado Springs, where Evangelical Protestants were given carte blanche to convert cadets. Even his devout father would have been troubled by this blurring of Church and State.

Likewise, Carroll’s take on the influence of Constantine’s conversion in 326 AD and instances of Catholic anti-Semitism throughout history are more vivid thanks to biographical connections. He spent formative years in Europe when his father was stationed there after the war and introduces sequences in Rome and the Rhineland by recalling past visits with his family. To my mind, the most fascinating overlap concerns Carroll’s opposition to the Vietnam War after he was ordained in the late 1960s. His falling out with this father and the church over the issue precipitated a faith crisis that led him to leave the priesthood in 1974. This thread is brought up-to-date when he criticizes President Bush for using the word “crusade” to describe the invasion of Iraq.

While avoiding substantive theological points, Carroll’s reliance on anecdotal associations does have drawbacks, most notably regarding the current Pontiff. Criticizing Benedict XVI for continuing to have his official dishware made by the same Jewish family—denizens of Rome’s Jewish ghetto right outside the Vatican walls—that has done so since the late 1800s approximates a cheap shot. At the very least, it’s not brimming with the ironic moral significance that Carroll and his screen collaborator Oren Jacoby assume. Recruiting Liev Schreiber, Phillip Bosco, Natasha Richardson and Eli Wallach to read passages from the writings of Constantine, Edith Stein and other historical figures in voiceover was a coup.

Constantine’s Sword is selective in its particulars and in pointing the finger exclusively at Christian and Catholic violent extremism. Yet Carroll is sincere about wanting to make religion a constructive force in the world and in warning about its lamentable and terrifying potential. He should be forgiven if his admitted cross fixation borders on a savior syndrome. In conveying the message that you can’t fight religious fanaticism with a different religious fanaticism, he admirably demonstrates that the pen and the movie camera are mightier than the sword.