A Walk into the Sea: Danny Williams and the Warhol Factory 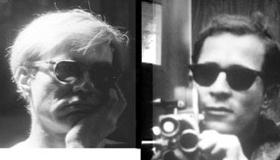 By the end of Esther B. Robinson’s atmospheric documentary, you won’t learn what ultimately happened to her uncle Danny Williams, an Andy Warhol associate who abandoned his car by the side of Cape Ann in 1966 and completely disappeared. But through interviews with surviving members of The Factory, Warhol’s urban commune for filmmaking, drug-taking and lovemaking, you will get a sense of how Warhol’s world was self-contained, self-defeating and only able to exist in the 1960s. Augmented with dreamy music and never-before-seen movies directed by Williams, A Walk into the Sea traps us in an odd and compelling purgatory, one that’s unable to answer the central question of what happened to Williams, yet still resolves with its own sense of satisfaction. Interest in Warhol has waned over the years: Even British gossip favorite Sienna Miller couldn’t pull crowds into George Hickenlooper’s Factory Girl. But the remaining few will enjoy this sad coda to one of the era’s most unique chapters.

Danny Williams was a handsome Harvard graduate who was an editor on two films by legendary documentarian Al Maysles. Before long, Williams fell in with the Warhol crowd, where he worked as a lighting technician on the Exploding Plastic Inevitable (EPI) live tour. He was also Warhol’s lover. But Williams’ place in Warhol’s coterie and Warhol’s heart is constantly in dispute by Robinson’s interviewees. Warhol’s manager Paul Morrissey, always speaking as if he’s hiding something, downplays Williams’ contributions to the EPI shows saying, “There was no use for lights in the show.” But filmmaker Ron Nameth produces a diagram of Williams’ complex lighting scheme. Indeed, only a few have vibrant and unimpeachable recollections of Williams, and their assessments are always tethered to his relationship with Warhol. But instead of making us question how important Williams really was to Warhol, it only enhances the notion that the bespectacled square was not like the other cool kids who jockeyed to curry favor with the artist.

None of this, of course, has anything to do with why Williams disappeared. Probably because there is only one person who knows, and he vanished in 1966. Robinson surely understands this, which is why the movie isn’t really a missing person’s investigation. It’s the story of a woman trying to learn about and reclaim the history of a long-lost family member. And there is evidence that Williams could have developed into an interesting director or cinematographer: Crucial contributions to Robinson’s film are provided by Warhol historian Callie Angell, who discovered Williams’ 16mm movies and spent seven years trying to find anyone from his family to claim them. Using a 16mm Bolex camera that was, tellingly, given to him by Warhol, Williams shows a kinetic sense of movement and an innovative way with in-camera editing and black-and-white imagery.

Robinson tracks down other Factory regulars like Chuck Wein, Brigid Berlin and Billy Name. Older and forgotten, they grab at the chance to reassert their importance to a long-ago time, with most vaguely neutral about Williams. Robinson also interviews Williams’ mother and brother, but John Cale, the Velvet Underground violinist, provides the only real insight. Those whose self-worth depended on their relationship with the dismissive and cruel Warhol are “incomplete people who found a certain completion” in Warhol’s presence. To Cale, Williams’ life was just as incomplete as the circumstances surrounding his disappearance. Both, however, are bound to the man they called Drella, a fusing of Dracula and Cinderella. That a documentary about Williams’ tragic end would be more about Warhol is something Warhol would have enjoyed.