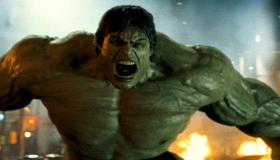 Despite earning nearly a quarter of a billion dollars worldwide, Ang Lee’s 2003 Hulk was generally viewed as a disappointment, one of the few chinks in the Marvel armor since Stan Lee’s comics behemoth began transitioning its core franchises to the big screen. Widespread success with the X-Men, Fantastic Four and Spider-Man movies, however, has given Marvel more clout to call its own shots, resulting in this second attempt at launching a Hulk franchise. Notably different in many respects, but not different enough in key respects, it’s a serviceable but ultimately unremarkable effort that does little to transcend the dramatic limitations inherent in the concept. Like its predecessor, it’s a mélange of all-too-familiar cinematic and literary chestnuts— Beauty and the Beast, King Kong, Dr. Jekyll and Mr. Hyde —whose collective dilemmas are all neatly resolved by a spectacularly uninteresting climactic collision of CGI beasts.

Taking a Star Trek: The Wrath of Khan approach to its predecessor (i.e., ignoring it entirely), The Incredible Hulk reinvents the Hulk myth in a whirlwind credit sequence that plays like an amped-up version of the intro for the original 1978 television series. As Bruce Banner and love interest Betty Ross, Eric Bana and Jennifer Connolly have been replaced by Edward Norton and Liv Tyler, while French director Louis Leterrier ( The Transporter, Unleashed ) takes the reins from Oscar-winner Lee. The story this time has massive military implications, not unlike those in Iron Man. Banner’s “accident” is now the result of a top-secret Army experiment gone awry, overseen by none other than Betty’s unyielding, warmongering father, General Thaddeus Ross (William Hurt) who now considers Banner to be “U.S. government property.” As the film begins, Banner is hiding out in Brazil, where a minor mistake puts him back on Ross’ radar. Suddenly, commandos—led by a certain Emil Blonsky (Tim Roth)—are knocking at the door, chasing Banner through Rio’s shantytowns before finally doing the one thing they ought not do: make him angry.

After some predictable mayhem and destruction, the big green guy (“voiced,” as it were, by original TV Hulk Lou Ferrigno, who also reprises his cameo from the first film) makes his escape, with Banner soon reemerging in the States for an intended rendezvous with an anonymous researcher (Tim Blake Nelson) who may hold the key to a cure. The trip invariably reignites the relationship with Betty while setting in motion a new series of cataclysmic events (mainly having to do with the unrelenting Blonsky) which culminate in precisely the same conclusion as Iron Man, pitting the hero against a bigger, badder, uglier and meaner version of himself.

The one thing which Marvel and Universal have not changed is perhaps the one thing they ought to have changed—the Hulk himself is still a CGI creation, an unconvincing bit of artifice that does little but remind viewers of precisely how fake and hokey the whole affair really is. Unlike Iron Man, which scrupulously endeavored to make its subject both credible and convincingly tangible, The Incredible Hulk wallows in precisely the same sort of computer-generated hokum that derailed the Lee film. If anything, the effects work here is less impressive and more cartoonish. That Leterrier is not particularly strong with character and acting further compounds the problem, leaving audiences with little to cling to but cartoon monsters and cardboard humans.

Part of the intended reinvention is to also set the table for better long-range integration with other Marvel franchises. Like the post-credit tag on Iron Man teasing Paramount’s 2011 Avengers movie, there’s a similar pre-crawl tag here—featuring Robert Downey Jr. as Tony “Iron Man” Stark—teasing the very same concept. That’s a fun and very Marvel thing to do, especially as it creates a franchise crossover between two different distributors, though it’s anyone’s guess whether this second-generation Hulk will need yet another makeover to be part of the team. What’s certain is that neither Marvel nor Universal will abandon a Hulk franchise any time soon—already on Marvel’s calendar is a 2010 Iron Man sequel and a 2011 Captain America film (both to be released by Paramount) as well as a 2010 Thor film, all preparatory to bringing the whole gang back together in July of 2011 as The Avengers. Though the Hulk remains an essential and inextricable part of that master plan, Edward Norton’s refusal to do press for the film and his very public battle with producers—who unwisely permitted their star the hubristic liberty of offering up his own cut of the film—suggests that this Hulk team is likely to be just as ill-fated as the previous one.