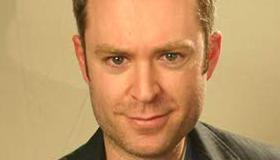 The conclusions reached in this well intentioned but futilely diffuse documentary can be stated as follows: Our society is obsessed with beauty; the media, advertising and fashion industries foster and feed off women’s low self-esteem; not all plastic surgeons are board certified; cosmetics contain harmful chemicals; and eating disorders can lead to death. Well, knock me over with a feather. The inquiring mind of filmmaker Darryl Roberts lacks focus and America the Beautiful is neither philosophical, analytical, artful nor moving. Many worthwhile points are glossed over in a movie that doesn’t warrant a theatrical release, yet wouldn’t do any harm if aired on television or in classrooms as part of a media-education curriculum.

A mild-mannered combination of Tyler Perry, Tavis Smiley and Michael Moore, Roberts often appears on camera and provides succinct if pedestrian narration. Initially, you think his Socratic method might be effective. He asks simple, open-ended questions that can trap the respondent. But he rarely follows up or goes in for the rhetorical kill. Soon you realize that all his efforts (two years’ worth) don’t add up to very much or get him beneath the first, rather obvious layers of inquiry. The movie revolves around the efforts of 12-year-old Gerren Taylor to become the next great supermodel. Much to the chagrin of her middle-school teacher—and the shock of Roberts—she enjoys great success in her hometown of Los Angeles. Things get tougher when she ventures to the modeling meccas of New York and Paris. The most interesting dimension of Gerren’s attempt to become the next Naomi is her mom, a stage mother out of central casting whose behavior proves that patriarchy isn’t totally to blame, since women are (no news) quite adept at foisting beauty expectations on one another.

As with many other issues, it’s a shame Roberts doesn’t take the time to delve into this further. While following Gerren’s career, he goes off on multiple tangents. First, he meanders through the realm of high fashion and magazine publishing, discussing the constant stream of desensitizing images with editors, photographers and a klatch of obnoxious, chauvinistic thirtysomething men. Roberts trots out a Harvard sociologist to argue that a study she did in Fiji demonstrates that—contrary to many defenders and much popular opinion—the mass media has a causal role when it comes to propagating deleterious images of beauty. Next, he tries to join a website called beautifulpeople.net and is rejected. Then it’s on to nipping and tucking. Cosmetic surgery is booming to the extent that women are having work done on their vaginas and more people are putting their pets under the knife. The best Roberts can muster is a warning to check your doctor’s credentials and remember that anesthesia can kill. After demonstrating that most cosmetics contain high levels of phthalates and noting that the FDA, unlike European regulators, doesn’t require many harmful ingredients to be listed on labels, Roberts interviews a dead bulimic’s parents.

The most insightful and savvy people he talks to are students, although Vagina Monologues author Eve Ensler is pretty entertaining. The man-on-the-street interviews Roberts conducts, getting reactions to a Times Square billboard with a Dove soap campaign, for example, aren’t earth shattering. It turns out that Gerren, who was flying high as a skinny 12-year-old, is rejected as too fat at 13 by fashion functionaries in Paris. Roberts would have been better off sticking with her story, which shows that models are as disposable as the statistics he deploys to drive home his many disparate points. The nexus is logical but deeply unsatisfying, to the point of rendering America the Beautiful shallow—and a prime candidate for a makeover.