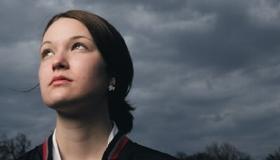 Some clever marketing wags at Paramount Vantage have decided to advertise the documentary American Teen by arranging its high school leads in a re-enactment of the poses assumed by Molly Ringwald, Judd Nelson, Ally Sheedy et al. on the original one-sheet for The Breakfast Club. It’s a more telling choice than was probably intended. Although the crowd-pleasing Teen is easily one of the more likely contenders to shake off the box office doldrums that have been afflicting documentary releases this year, this frequently touching “realistic” piece is a film that ultimately feels so cast and crafted and perhaps even faked that if ’80s geek icon Anthony Michael Hall were to suddenly show up with the synthetic, sci-fi bimbo from Weird Science on his arm, it might be considered striking a blow for verisimilitude.

Director Nanette Burstein knows intimately how the contemporary documentary operates (i.e., fast and loosely), having co-directed the frequently delightful The Kid Stays in the Picture a few seasons ago with Brett Morgen. On the surface, American Teen is more conventional than Morgen’s post-partnership work— Chicago Ten, a deceitful and self-congratulatory wallow in radical chic, was virtually an animated film. By contrast, and despite her own obligatory animated sequences (including a harrowing fugue on anti-depressant medication that is the best thing in her movie), Burstein mostly adapts templates laid down by purists of the old direct cinema school like Richard Leacock and Fred Wiseman: She brings her camera into a world that is closed to the viewer, and then records and reports on what happens next.

Or so American Teen might like for us to believe. The problem is, the characters—and they are characters, or rather, archetypes, rather than human beings—keep giving the game away. They are all so unbearably chosen, after all: Megan, the prom queen with fangs; Colin, the star athlete who needs a scholarship to avoid a life of blue-collar despair; Jake, the pimply marching band dork looking for love in all the wrong places; and Hannah, the goofy art chick, blissfully unaware of her beauty and kindness as she scents the air for wider places than Warsaw, Ind. There’s every indication that American Teen ’s interview footage is at least partially fraudulent. Jake the dweeb, whose debilitating acne waxes and wanes like an epidermal tide, has clearly been directed to talk about events in the past as if they’re happening to him in the present—his unstable acne creates one glaring continuity error after another. This raises questions not just about the veracity not only of his own statements, but also those made by subjects without his telltale complexion.

As in any good John Hughes movie, unlikely revelations occur, including a poignant detail that humanizes Megan’s controlling Mean Girls shtick and an enactment of that She’s All That fantasy of the most popular guy in school falling for geek-girl Hannah’s quirky splendors. It would all be so convincing if it didn’t occur in a world where, when the kids engage in spontaneous make-out sessions, radio microphones dangle from their waists like prehensile tails. Burstein or an apologist would probably say that in the YouTube era, overt and even manipulative mediation is a fact of teen life, and that her movie is a reflection of that reality. If so, the riposte is simple: YouTube is better at being YouTube than American Teen is, and John Hughes is better at being John Hughes. After all, nobody ever accused The Breakfast Club of being anything other than what it pretended to be.