close
Normandy will appeal to a small group of arthouse insiders

Back to Normandy (Retour en Normandie) 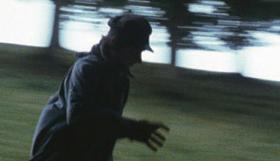 In 1975, bucolic Normandy became the muse for renegade filmmakers who were dead set on pulling off a most sensational coup: they hoped to cast the virginal countryside pastures and naïve peasants in a 19-century psycho-thriller period piece. Some three decades later, the work is still touching everybody and everything for better and worse. This documentary, about the making of the 1975 thriller, will be loved by arthouse insiders, particularly those familiar with the film on which this documentary expounds, however, as the American auds in the know may be small, so too may be the box office.

When production for the 1975 thriller appeared on the scene, it was like the circus coming to town and pitching its tent for a few months. These people in this little time-stopping French hamlet, accustomed to farming crops and raising livestock, got reeled in—literally—to play parts in a film based entirely on a century-old triple homicide. Then twentysomething, director of Back to Normandy Nicolas Philibert was a hired hand under the tutelage of director Renè Allio. He worked scouting locations and raw talent for Allio’s pull-no-punches film, entitled I, Pierre Rivière, Having Butchered My Mother, My Sister, and My Brother (Moi, Pierre Rivière, ayant égorgé ma mère, ma soeur et mon frère).

Now at the helm himself, Philibert came back to Northern France, seasoned and peddling a new flick: a documentary that once again walks the natural handpicked sets and revisits his troupe of one-time actors. The director tracked down the cast of roughnecks who never left town (and even the strays that did) to share many laughs and tears at the recollection of the most intimate moments of their lives. Through their retellings, the original narrative becomes a sort of immaculate conception in which this rural universe exposes its adoration about the mystique of moving pictures. In essence, the doc serves as a wakeup pinch reminding the simpletons—and the audience, too—that this ghastly crime did indeed happen, and all the stories in the making-of deserve a separate stage. Country life has its crude side and the rigorous day-to-day will turn some audience’s eyes (and stomachs) askew, but most will soldier on with the amateurs all grown-up and vicariously lockstep in their 15-minute stroll down Memory Lane.

Hypnotic segues provide the door into the past and future, and once a switchblade style of cutting is established, you never sit still. Once an extra discusses her role selling butter and eggs in town in the original film, she begins fixing her forlorn eyes on a black-and-white photo of the cast and you’re immediately tossed into the throws of pre-pubescent farmers-turned-cadavers sprawled on the floor by a bloodied billhook as the perp flies the coop. The entire town’s role is to make sense and poke some light fun on a psychopath’s fit of rage. Not everything is blood and guts.

Though not many jumped into a career on the big screen or became cinephiles, there were a couple who kept getting roles purely because of Pierre Rivière . But the lead actor who played the boy killer himself abandons the film biz entirely to opt for a life serving a higher authority. It’s a sublime and moving experience to witness a reunion of the cast and see the laughs and whimsical takes on the telling a massacre. There’s humor everywhere and even in the most dire themes. While the original is so focused on death, its follow-up documentary looks at the life and future of a group of no-names who got a chance to be a part of the magic mostly tucked away, and in some senses, lost to time. The doc becomes an ode to the film the cast collectively made and iterates what power and range a camera can have in front as well as behind the scenes.