close
About a Boy 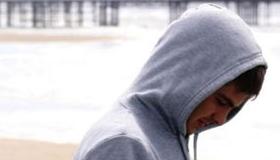 Full of anguish, Boy A examines the aftermath of a gruesome crime that has rattled Britain. The film’s inciting event evokes the actual 1993 murder of a toddler by two 10-year-olds from troubled Merseyside homes. The fictionalized story, set in Manchester, involves prepubescent kids who kill a female classmate. One of them is a young adult when he leaves prison with a new identity: Jack (a mesmerizing Andrew Garfield). His compassionate counselor Terry (Peter Mullan) helps him readjust to society, a process that includes a factory job and romance with a pretty co-worker (Katie Lyons).

At home, Terry struggles to befriend his estranged son (Shaun Evans), a fateful task that intersects with Jack’s torment over keeping the past a secret. Flashbacks reveal how his vulnerable childhood self (Alfie Owen) was unduly influenced by a psychopathic pal (Taylor Doherty), the other guilty party. In director John Crowley’s wrenching drama, “moving on” proves to be an illusion.