close
Thanks to solid performances, this Party should build decent word of mouth 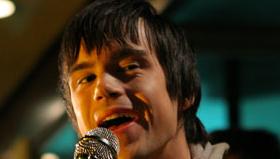 “Los Angeles is corruptive,” argues writer/director Jason Freeland’s multi-narrative saga of small implosions of the soul. Solid performances can’t brighten up a didactic opening, but as the flick loosens up, so will the audience, which won’t forget Freeland’s familiar sermon, but might forgive it enough to allow the film to build some decent word of mouth.

The flick’s first half establishes the same old clichéd cesspool of villains and victims, hyenas and bunnies, people who order others to strip for the camera and those who willingly comply. There’s not a girl—or boy, for that matter—who doesn’t dip into coerced soft core. As our morality-play players are introduced, we meet 15-year-old April (Willa Holland), who in short order is harassed by sleazy Davey Diamond (Christopher Allport), peeped on by her perverted stepfather, abandoned by her stripper mother and offered a place to crash in Silver Lake with her cousin and her lesbian girlfriend—only to afford the rent, her best friend Lana (Tierra Abbott) pressures her to pose for nudie photographer Anthony (Patrick Fischler). Real estate agent Sally St. Clair (Vinessa Shaw, ripe and knowing) attributes her success to her bombshell looks and dime bags of pot she slips to each prospective client—and wealthy painter Todd (Richard Gunn) admires both her saleswoman moxie and the topless pictures she took last decade. Sally’s bi-confused assistant Nathan (Alexander Cendese)—a sweet Nebraska transplant—deals with her abuse by smoking out and crushing on boys like homeless Sammy (Erik Smith), a teen wannabe pop star looking for his big break who falls under the protection/power of rich princess Becky (Fiona Dourif) and hustler manager Joey Zane (a hilarious Ross Patterson). Zane’s a motormouth who has the best lines in the film. He claims his dad discovered Kurt Cobain in the mall.

Freeland claims that his film was inspired by all the Hollywood stories he heard people swap at parties. I don’t doubt there’s truth in each bitchy escapade, but narratively dog piled, they seem not outrageous but rote. We’ve been hearing this dirge about L.A. for decades. Oddly, halfway through, when Freeland strains our credulity even further by having all his disparate derelicts intersect in increasingly implausible ways—apparently there’s only one coffee shop between Pasadena and the Pacific Ocean—the film finally feels fresh. If everyone in the film were having as much fun as Patterson in his too-minor role, these child-porn subplots would be revealed as so much camp. Beyond the Valley of the Dolls plunged the L.A. horror show for laughs nearly four decades ago. The well’s nearly emptied, but like the aspiring stars these films lament, the filmmakers themselves can’t stop thinking they’ll be the against-the-odds success.