close
Sixty Six comes off as overly produced and manipulative 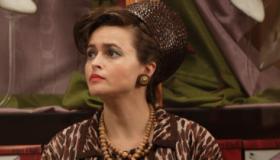 Could it be that the template for every coming-of-age dramedy involving a once-in-a-lifetime religious ritual and a rare sporting event first appeared in the Talmud or the Old Testament? You might think so after watching Sixty Six, a cloying, overproduced film from the U.K. in which the sacramental event is narrator Bernie Rubens’s bar mitzvah and the sporting component is the final match of the 1966 World Cup, when underdog England slew Goliath Germany. While the acting is quite good and the message salubrious, the slickness of the production undercuts the movie’s authenticity and effectiveness. It’s designed to be crowd-pleasing and tug on hearts across the board, but there’s a manipulative quality that will put a ceiling on business.

The “true-ish story” is based on the real-life experiences of director Paul Weiland and is set in North London. The Rubens family is nominally headed by tragi-comically obsessive-compulsive father Manny (Eddie Marsan), who owns a small grocery store with his brother. Fearful Manny operates in the shadow of his outgoing sibling, just as 12-year-old Bernie (Gregg Sulkin) finds it difficult to compete with his obnoxious older brother Alvie. Helena Bonham Carter plays their put-upon mother Esther. During the nine-month countdown to his bar mitzvah, everything and everyone conspires to deny Bernie a proper ceremony and, much more importantly, a properly extravagant party. Manny and his brother are squeezed out by a chain supermarket, so money is tight. Bernie is diagnosed with asthma by a soccer-loving physician played by Stephen Rea. Most improbably, England continues its march toward the World Cup final, which will be held at Wembley Stadium on June 30, the same day as his entrance into adulthood. He’s justifiably concerned that no one will turn up to hear him chant the Torah if England is competing. After much incident—some of it mildly humorous, some of it rather harsh and depressing—brotherly love and father-son bonds are affirmed.

The patience of Job would aid sitting through the obvious music (particularly Bernie’s theme) and the easily anticipated cues. Sixty Six almost uses up all its good will—call it mensch capital or nebbishy charm—in the first 10 minutes. You’re tempted to flash the yellow card to warn against predictability. The rabbi helping Bernie brush up on his Hebrew and prepare to leave childish things behind is blind; a menacing German shepherd chases the family car, driven hazardously slowly by Manny. One thing screenwriters Peter Straughan and Bridget O’Connor refrain from including is a scene in which brother Alvie gets his comeuppance for being a jerk. If they do go for the unexpected, it’s in the degree to which they depict a downtrodden, suffering family. It seems over the top and results in Bernie being victimized to a degree that’s out of proportion with how much we’re led to care about him. There’s an excess of self-loathing on display, and it can’t be papered over by the movie’s glossy look. Too calculatingly snazzy to be believable and entertaining, Sixty Six doesn’t exploit Jewish stereotypes exactly, but the implication that the historic soccer match can be read as Jewish revenge against the Holocaust as well as an opportunity for an Anglo-Jewish family’s redemption and empowerment is slightly perverse and certainly grandiose.

The trailer loudly trumpets the fact Sixty Six is being brought to us by the producers of Four Weddings and a Funeral, About a Boy and Billy Elliot. What it neglects to mention is that director Weiland helmed the insipidly derivative romantic comedy Made of Honor released earlier this year. Black-and-white footage taken at Weiland’s actual Bar Mitzvah is shown at the end of the film without bolstering its sincerity. He can’t be blamed for indulging in poetic license to tell the story. Yet he may need to atone for shrink wrapping an episode in his life in shiny Hollywood cellophane—for trying to turn it into A Catered Affair meets The Wonder Years by way of Miracle.