close
Nolan knocks Knight out of the park 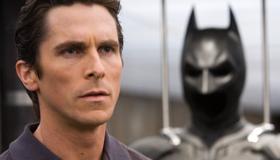 In 1939, the same year that Hitler’s invasion of Poland officially launched World War II, Bob Kane created Batman. It was also the year that famed psychiatrist Sigmund Freud died, facilitating the ascendance of his onetime friend, Carl Jung, along with Jung’s more mystical and uncertain understanding of man as a creature beset by an internal tug-of-war. While there’s no clear evidence that Kane was influenced by Jung in creating his famously Jungian hero, it seems less than coincidental that Kane would choose that particular moment in time—when the global line between good and evil was drawn more starkly than at any other time in history—to deliver not only the world’s first conflicted superhero, but a villain in the Joker driven not so much by greed or perverted morals as by an almost righteous amorality. It was a tandem which—in contrast to those of other comics heroes of the day like Superman and Captain America—suggested something that the World War II generation would probably have rejected had they fully understood it; that every human being has the capacity to be a Batman or a Joker, that morals can be fragile and frequently conditional, if not contradictory, that choices are based as much on expediency and whim as conscience, and that good and evil—for better or worse—need each other.

Subsequent generations have come to not only acknowledge Batman’s bewitching psychological undercurrent, but even embrace it, reaffirming Kane’s creation as the most compelling and complex comics character in history, and quite likely the most fiercely debated. That media depictions of Batman—the camp ’60s television series and the kinetically executed, thematically bankrupt Tim Burton and Joel Schumacher films of the late ’80s and ’90s—have shied from fully engaging such vagaries speaks to how intimidating it can be to grasp such a character in the flesh.

Pretentious though it may seem, such preamble is necessary to fully convey the magnitude of what director Christopher Nolan—arguably the most Jungian of filmmakers—has brought to Kane’s 69-year-old creation. Practically without exception, Nolan’s pre-Batman films— Following, Memento, the remake of the Swedish Insomnia —as well as his interlude effort, The Prestige, all suggest a fascination, even an obsession with Jungian dualism, the nature of good and evil and the limits of human morality. If those concerns appeared to receive their most refined examination in Batman Begins, The Dark Knight voices them with a bone-chilling primal scream.

In this gripping continuation of the story—which should all but erase any lingering memory of the Burton/Schumacher films—Nolan methodically lays the groundwork for what is clearly meant to be a grand, ongoing, epic saga. While Wayne Manor undergoes reconstruction (along with, one presumes, the eventual Batcave), Bruce Wayne (Christian Bale) struggles to reconcile the seeming irreconcilable—so long as he carries out his moral obligation to extrajudicial vigilante justice in a crime-besotted, seemingly ungovernable Gotham City, he and his childhood sweetheart, the love of his life, public prosecutor Rachel Dawes (a wonderful Maggie Gyllenhaal, mercifully replacing Katie Holmes), cannot be together. Adding to the irony of a hero who yearns for his own obsolescence is the thorny matter of Wayne’s one great hope for a Batman-less Gotham, a tough new crusading D.A. named Harvey Dent (Aaron Eckhart). who also happens to be Rachel’s boss and primary rival for Wayne’s affections. It’s a love triangle that would seem to have a great deal riding on its outcome—for Wayne, Dawes and Dent as well as the entire city of Gotham. Unfortunately, it’s an outcome that will be determined by a wild card—the wild card, as it were: the Joker.

Introduced by the simple but unmistakable emblem of a playing card at the close of Batman Begins, the Joker’s role in the film has been unduly magnified in recent weeks by the untimely death of Heath Ledger, whose characterization is already being touted for posthumous Oscar consideration. Had Ledger lived, however, it’s unlikely the reaction would have been any less enthusiastic. In a brave return to the Joker’s origins, Ledger’s incarnation is a brilliant, terrifying and unpredictable psychopath—the furthest possible cry from the charming chicanery of Cesar Romero and Jack Nicholson—for whom murder is but a casual hobby and mayhem a religious obligation. Oscar has typically loved villains of this sort—Anthony Hopkins’ Hannibal Lecter in 1991 and Javier Bardem’s Anton Chigurh in 2007 being the most notable—and it’s entirely possible that Ledger will also be so bestowed. But Ledger’s Joker is, in many ways, an even more troubling figure, for he sees the creation of mayhem as purposeful, and his role in the world as catalytic, a life’s work for a prophet of doom who, from beneath his own gruesome makeup and mysterious scars, means to strip society of its illusion of benevolence and prove just how base and loathsome a creature humankind really is.

As the Joker, with the reluctant cooperation of organized crime, proceeds to make quick work of the progress laid by Wayne/Batman and Dent via a series of brilliantly orchestrated crimes, Gotham is plunged back into uncertainty and fear. But as Alfred (Michael Caine) prophetically observes early on, the Joker is quite likely not a criminal fixated on material gain. Says the wizened butler to the young Wayne, “Some men just want to watch the world burn.”

If Wayne and the Joker represent the most emblematic outward manifestation of a classic Jungian struggle—the archetypal extrovert literally willing to stop at nothing to remove the introvert’s mask—it’s Eckhart’s virtuoso and equally Oscar-worthy portrayal of Dent that hammers home the tragic culmination of that struggle. Fans of the comics—and even the previous series of films—will recognize Dent (Billy Dee Williams in the 1989 Batman and Tommy Lee Jones in 1995’s Batman Forever ) as an essential component in Gotham’s murky moral landscape. His eventual transformation into the villain Two-Face is one of the great tragedies in comics history, a transformation that figures just as tragically in The Dark Knight in that it brings into devastating focus a thicket of heady issues with which comics—much less comics-based movies—rarely concern themselves. Each man, in his own way—Wayne, Joker and Dent—represents a different philosophical facet to the impenetrable diamond that is human nature, each a seeming pillar of conviction potentially crippled by hairline cracks of indecision and simple human weakness. That those around them—Alfred, Rachel, the future Police Commissioner Gordon (Gary Oldman) and Wayne’s stalwart aide-de-camp Lucius Fox (Morgan Freeman)—are both less pessimistic in their view of human nature and less effective in putting their idealism into practice is, perhaps, the most crucial dilemma of the film, and one which it intentionally never resolves, instead dropping it squarely into the lap of the audience.

None of this is to suggest that intellectual engagement as such is anything new for the movies, though it has certainly become increasingly infrequent in studio films. The great film noirs of Kane’s own era—particularly those from Warner Bros.—often wrestled with similar issues, which Kane himself acknowledged as at least a partial inspiration for certain aspects (and characters) of the Gotham world. What is surprising in this instance is that it comes from a notoriously risk-averse studio, which has in recent years gone to great lengths to become the kind of company its founders absolutely loathed. This certainly says more about Nolan and producer Charles Roven than any prospective change in Warners philosophy, though even as a momentary blip on the radar, it’s a welcome one.

Marred only by a handful of distracting cameos (Anthony Michael Hall, Tiny Lister and U.S. Sen. Patrick Leahy) and a peculiar and unnecessary technological contrivance best characterized as “phonar,” The Dark Knight is an impressively dense and exceptionally well-written film (by Nolan and his brother, Jonathan, with co-story credit to Nolan’s Batman Begins collaborator David S. Goyer) as well as a technically dazzling one, with at least two key sequences and a variety of aerial shots captured in IMAX (though only audiences seeing the film in IMAX theaters will get the benefit of the impact). Nolan’s much-publicized aversion to CGI pays off once again in a number of gritty, hard-hitting set pieces that further reinforce the film’s real-world relevance. Far from offering traditional summer escapism, Nolan has instead delivered the kind of picture that would normally make studio executives cringe—a brainy, action-packed morality play meant to throttle the audience, body and mind, for a solid 152 minutes and haunt them for days and weeks later.

Coming weeks will provide intriguing insight into the film’s visceral and intellectual reach, as a wide range of reactions draws an even wider range of analogies and extra-cultural connections. In hindsight, one wonders whether Stanley Kubrick and novelist Gustav Hasford, whose novel The Short-Timers provided the foundation for Kubrick’s Full Metal Jacket, meant to consciously connect Matthew Modine’s Private Joker with his villainous namesake when he explains his reasoning for wearing both a peace symbol and the slogan “Born To Kill” on his helmet: “The Duality of man—the Jungian thing.”

Such considerations, of course, are largely beside the point for average filmgoers simply seeking a momentary afternoon thrill—few will likely make any connections of the sort, or even want to. At least not consciously, which may well be the most Jungian touch of all.