The Mummy: Tomb of the Dragon Emporer 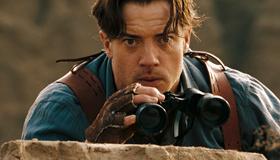 The recent resurrection—literal and figurative—of the Mummy franchise was something of a defining moment for director Stephen Sommers, a talented popcorn filmmaker with a penchant for old genre movies whose re-imagining of the original horror films along the lines of a Raiders of the Lost Ark adventure series captured the fancy of fans who, in 1999, had now gone a full decade without an Indiana Jones fix. Its sequel, in 2001, delivered more of the same, albeit with less satisfying results. How fans will react to this third installation—seven years later and just mere months after Indiana Jones and the Kingdom of the Crystal Skull, is less certain, especially given the change in the director’s chair; Sommers steps aside for Rob Cohen, an action film veteran whose spotty career runs the gamut from hits like Dragon: The Bruce Lee Story and The Fast and the Furious to stinkers like Stealth and Daylight to middling semi-successes like Dragonheart. To his credit, Cohen has endeavored to adapt this latest entry to his sensibilities, rather than Sommers’, while retaining the series’ defining elements. Unfortunately, the result never really lives up to the premise, yielding set pieces that feel tired and derivative and a story that can’t quite cobble its promising concepts into a cogent whole. Disappointing, but not catastrophic, box office should dovetail into modest holiday DVD sales.

After a prologue detailing a clash between the first Chinese emperor (Jet Li) and the witch Zi Juan (Michelle Yeoh), who curses him and his army to an eternity as terra-cotta sculptures, the film skips forward to 1946 (hurdling World War II entirely, though not as dramatically as the Indiana Jones films) and catches up with adventurer Rick O’Connell (Brendan Fraser) and his wife Evelyn (Maria Bello, replacing Rachel Weisz) who now live a perfectly peaceful—and dull—life in an English manor. Evelyn enjoys widespread success as an author of “fiction” novels based on their mummy-battling adventures while their son Alex (Luke Ford) is in college—or presumed to be—leaving Rick increasingly anxious for a bit of the ol’ action. As ever, the action seeks them out when they least suspect it after Alex—playing hooky from college to participate in a Chinese dig - helps unearth the tomb containing the evil Emperor and his soldiers (nearly three decades before it was actually rediscovered). In a fairly silly contrivance, mom and dad are then summoned by the British government to escort an ancient artifact back to Shanghai, which seemingly has nothing to do with their son’s dig—of which they’re unaware—and yet which is inextricably linked in the most supernatural way imaginable. As it happens, Evelyn’s brother Jonathan (John Hannah), reliable comic relief from the first two films, runs a nightclub in Shanghai, making it ever-so-convenient for the team to reassemble just as an ambitious and warmongering general (Anthony Wong) puts into motion his plan to jump start the crusty old Emperor and his army in hopes of that his ridiculously unexplained new super powers will foster a new period of dynastic Chinese dominance.

Sloppily scripted by Smallville creators Alfred Gough and Miles Millar—whose experience with Asian-themed material runs deep, from TV’s Martial Law to Lethal Weapon 4 to Shanghai Knights and Shanghai Noon — The Mummy: Tomb of the Dragon Emperor attempts to stitch together a range of historical and literary artifacts, lending some sort of real-world mysticism to the proceedings. China’s first Emperor, Qin Shi Huang, who is nothing new to the movies ( The Emperor and the Assassin, The Emperor’s Shadow and Hero, in which Jet Li played a mysterious defender of the Emperor), is most famous in the West for burying himself with an army of terra-cotta warriors, though he also laid the foundations for the Great Wall of China and unified a series of disparate, warring kingdoms into the first unified Chinese state. Throw in a dash of Shangri-La (a Western creation that first shows up in James Hilton’s novel Lost Horizon ), a pack of abominable snowmen, a multi-headed dragon seemingly left over from pre-production sketches for Dragonheart, and the stage is set for what ought to be a rollicking rollercoaster of fun. But the screenplay is too focused on raging full speed ahead, zipping from one computer-generated clash of beasties to the next, fussing as little as possible with such character matters as Rick and Alex’s father/son rivalry, Alex’s infatuation with a mysterious woman named Lin (Isabella Leong) and whatever enduring animosity is still lingering between the Emperor and Zi Juan. That Cohen treats such scenes—particularly those with Bello, who is sorely miscast in replacing Weisz (though she holds a decent accent)—like some kind of distraction from the action has the effect of making them precisely that, though it also robs the action scenes of badly needed emotional gravitas. Nothing feels as though anything is really at stake because no one—including the filmmakers—feels that it is.

Hong Kong film buffs in particular have harbored some advance expectations, centering mainly on the reunion between Li and Yeoh, who previously starred together in the 1993 Hong Kong classic Tai Chi Master, as well as the participation of Cohen, whose Dragon: The Bruce Lee Story paid impressive homage to the legendary star. Alas, there’s nothing here to sate those expectations. Rather than hire a capable Hong Kong action director to stage and direct the fight scenes—a protocol that has become de rigeur in American films featuring any kind of martial arts since The Matrix —Cohen directs the scenes himself, reverting to the same kind of over-edited, confusingly choreographed mayhem for which second-rate American martial arts films of the ’80s were internationally ridiculed. The much-awaited reunion of Li and Yeoh is also a disappointment—following the very engaging 10-minute prologue (which, like the animated prologues of Kung Fu Panda and Hellboy II, is better than everything that comes after it), the two martial arts film legends essentially disappear from the film for well over an hour, reappearing only during the final 25-minutes. The CGI-generated Emperor, in his icky, mummified state, gets significantly more screen time than Li, a decision that seems certain to incur the wrath of fans everywhere.

On a positive note, nobody seems to take the film all that seriously. Were this an Indiana Jones film, that would be a fateful mistake, as it was in both Temple of Doom and the recent Kingdom of the Crystal Skull. The Mummy films, by contrast, have always relied more on kitsch and camp to offset the obvious preposterousness of reanimated mummies, an attitude which, though not embraced here to the degree necessary to salvage the film, nonetheless pops up often enough—usually via a Fraser one-liner—to remind audiences that it’s all meant in good fun. If only it actually were that fun.