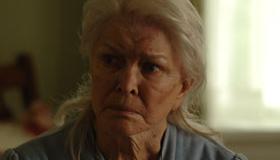 The only way to enjoy Kari Skogland’s epic portrait of a miserable 90-year- woman named Hagar (Ellen Burstyn) is to reframe it as Scary Movie for weepies. This generic stew of tearjerker clichés based on Margaret Laurence’s 1964 novel is still de rigueur for Canadian teens, who will likely provide much of the meager box office as an escape route from reading it for class.

In rapid, tepid succession, Skogland crams in everything from “the mother died in childbirth” to the “unsanctioned wedding to the no-good husband” to “Cain and Abel” offspring. Even stretched out to the miniseries Canadians say Laurence’s novel deserves, it’s hard to see why our neighbors to the north tout it as their nation’s Gone With the Wind. Both antiheroines are stubborn as hell, both authors are named Margaret, but the political and historical landscape that made Mitchell’s a classic here feels inessential. The focus is solely on inner turmoil, and the old crank lacks the push-pull fascination of Scarlett O’Hara.

Modern scenes revolve around the efforts of Hagar’s eldest son Marvin (Dylan Baker) to put her in a nursing home. She’s old, sick and out to make everyone’s life as terrible as her own. After looking over the dormitories and sniping that she “never cared much for army life,” Hagar escapes to the ruins of her old hometown where she spends several implausible days sleeping under the stars, eating nothing, toking up with a local boy (Aaron Ashmore) and reminiscing about everything terrible that ever happened to her. Young Hagar, played by Christine Horne, was the spitfire daughter of a controlling man who forged and essentially owned their village. Papa disowns her for marrying ne’er-do-well Bram Shipley (Cole Hauser), and she soon learns that he was right to suspect the hunk would ruin her social and financial standing. The yarn touts the power of blood: Hagar’s Scottish roots give her pride while Bram’s lineage is doomed. When she becomes a parent herself, she tries to stop a local girl (Ellen Page) from shacking up with her own shiftless son John (Kevin Zegers) and repeating her mistake. If there’s a lesson to be gleaned from her litany of bad decisions and worse repercussions, it’s that stubborn, bitter, old women are forged by heartache. Skogland’s path to revealing her no-brainer truism avoids the melodramatic peaks of Laurence’s novel, preferring to reveal each tragedy through clunky exposition. One scene starts, “I figured after Matt died ....” The stone angel of the title is her mother’s headstone, but it’s also a clear stand-in for Hagar’s hopes, deadened by struggle, and the way audiences feel about themselves after taking note that two hours of her suffering hasn’t squeezed out one tear.