close
Six years after the end of the cult-classic series, does X still mark the spot?

The X-Files: I Want To Believe 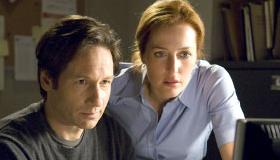 As fanatical fans of the seminal ’90s series are aware, the title of this second X-Files feature film— I Want to Believe —was the slogan on the poster in Special Agents Fox Mulder and Dana Scully’s office in the basement of the FBI’s J. Edgar Hoover Building. A decade after the critically acclaimed duo’s silver-screen debut, however, it may also essentially encapsulate the faithful’s feelings: They indubitably want to believe in X-Files creator Chris Carter, who not only directs this time out but also co-writes and co-produces. After watching this second coming of Mulder (David Duchovny) and Scully (Gillian Anderson), they’ll likely feel as though that faith is not entirely misplaced, although it they may find it strained by an aspect of the plot seemingly lifted out of a ’60s sci-fi film. Theatrical returns should be solid, but whether or not The X-Files: I Want to Believe will ultimately lure enough newcomers to justify further films in the franchise remains a mystery.

While much has been—and is being—made of the on-screen chemistry between David Duchovny and Gillian Anderson, make no mistake: It is Duchovny who was—and is—the star of The X-Files. The decline of the series was directly related to the reduction of his role in the last two seasons, and his delightfully droll delivery of one-liners steals scene after scene here. The poster referenced in the title is now the centerpiece of a home office wallpapered with articles about paranormal phenomena in the isolated cabin where Mulder—wanted on trumped-up charges—is hiding out from his former employer.

The only one who knows where Mulder is holed up is Scully, who has also left the FBI and is toiling as an underappreciated doctor at a Catholic hospital. So when a couple of current agents (Amanda Peet and Alvin “Xzibit” Joiner) get entangled in a case where the only clues are coming from a psychic who happens to be a convicted pedophile priest (Billy Connolly), they ask Scully for her help in enlisting Mulder’s expertise. Although initially resistant, Mulder ultimately relents—his primary motivation being the implicit promise of a reunion, on both the professional and personal levels, with Scully.

Indeed, The X-Files: I Want to Believe is much more concerned with the relationship between Mulder and Scully than with the science fiction-infused detective drama that unfolds around them, which is frankly to the detriment of the plot of this particular picture. And even then, Carter and co-writer/co-producer Frank Spotnitz are entirely too reliant on overly heavy dialogue exchanges about the impact that constantly “looking into the darkness” has had on Scully and Mulder’s romance. More than once, Scully expresses her exhaustion, says flat-out that their relationship can’t endure the effects of the “darkness” any longer. Yet Carter and Spotnitz clearly want them face it again in subsequent sequels. The true mystery of The X-Files, then, is not only whether the connection between Mulder and Scully, but also the one between the charismatic characters and their fans, would be able to withstand the resultant strain.