close
Economic doc is worth your money

Apology of an Economic Hitman 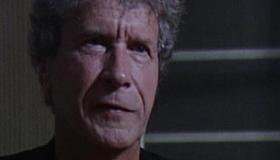 In 2004, John Perkins, a man once described by political columnist Greg Palast as “a gold-plated, super-slick lying little butthole shill for corporate gangsters,” published an incendiary memoir called Confessions of an Economic Hit Man. In it he described his decades with a consulting firm he claimed had ties to the government that earned its paychecks bringing down Third World countries in the ’60s and ’70s. Perkins’ job was to convince nations like Indonesia and Ecuador to take giant loans from the World Bank and channel the funds into contractors like Halliburton who were hired to “build infrastructure”—i.e. make power, chemical and oil plants for U.S. companies. Then, like a Brooklyn loan shark, Perkins twisted the knife and forced the countries to pay back their impossible debts or become lapdogs of the States, ladling us with favors like cheap gas and labor contracts. If the president, like socialist Jaime Roldos of Ecuador, refused—which he did—then a shadowy gang dubbed the Jackals took revenge. Roldos died in a plane crash; three months later so did Panamanian president Omar Torrijos. “If you’re a Latin American politician, take the train,” jokes Perkins darkly.

Perkins had tried to write his book once before, but shelved it after a one-two combo of death threats and bribes. 9/11 changed his mind. Outraged that Bush 43 claimed it is our freedoms—not the repression of theirs—the world hates, he decided to dedicate his last years to doing good. Confessions was denied by the government—no shock there—but equally reviled by book critics, who decried Perkins’ mock humility. The Washington Post dubbed him a “frothing conspiracy theorist, a vainglorious peddler of nonsense,” yet Perkins had penned a best-seller and spoke to sold-out crowds, and in 2007 released a follow up called The Secret History of the American Empire.

If Perkins’ story is true, Greek documentarian Stelios Koul isn’t doing his credibility any favors. His film combines the allegations of Perkins’ two books, thickens them with credible witnesses including Roldos’ daughter Marta, and then waters down the pot with goofy noir reenactments of Perkins getting seduced by bombshell U.S. operatives and waving cigars at impressionable world leaders. The askew, violently colored fictions are meant to add style but instead add an air of fraudulence, adding to the image of Perkins as a cocky combo of Ian Fleming and John Grisham. Better are vintage filmstrips introducing corporations to the Middle East that hailed America’s business-suited early arrivals like conquering heroes winning “a victory serving the interest of the United States.” An inevitable detour into Iraq doesn’t entirely make the link between Perkins’ misdeeds and the infamous lost $20 billion in reconstruction funds. Best, but least capitalized on, are Perkins’ bold efforts to make his apologies to the people he’s wronged, a man once drunk on power now sober, sad and forever ticking off Steps Nine through 12. Surrounded by an angry Ecuadorean audience ringing him in a theatre modeled after a Greek amphitheater, but feeling like a Roman coliseum out for blood, Perkins makes his amends for helping to steal their natural resources and widening their wealth gap in halting, nervous Spanish. The Ecuadoreans shout and speechify against past wrongs, and Perkins can do nothing besides stare down at his podium. Koul’s final shot is the crowd sitting unmoved, waiting for what happens next.