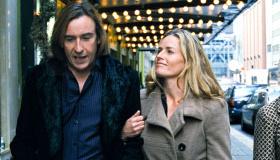 Hamlet 2 will be remembered in the annals of the Sundance Film Festival. Not because it’s frequently hilarious (though it is) or because it breaks new ground (which it doesn’t), but because its 2008 sale to Focus Features for $10 million was a near-record for the festival—and one occurring during the weakest Sundance sales market anybody can remember. The buyers may or may not get their money back, but one thing is pretty certain: There are two movies rattling around inside Hamlet 2 —a brilliant character-driven satire and a pedestrian genre weepie—and Focus most likely opened its wallet for the distribution rights to the wrong one.

For Hamlet 2 offers that oddest of spectacles: a mass-market movie that fulfills the prerequisites of a recognized commercial template, made by satiric hipsters who don’t believe in a single aspect of the formula they’re aping. Think Waiting for Guffman blended with Dead Poets Society. Think Mr. Holland’s Opus and The Producers, played as an extended sketch on Saturday Night Live.

When Hamlet 2 asks us to believe in the standard tropes of the “inspirational teacher” programmer, it’s being disingenuous—the filmmakers simply aren’t the types to go all gooey and dispense sincere life lessons. When it asks us to simply accept the clichés as the price we pay for the high hilarity of co-writer/director Andrew Fleming’s surefooted staging, pacing and punchlines or for the sheer comic brilliance of British comedian Steve Coogan, Hamlet 2 is on far more stable ground.

Dana Marschz (Coogan) is a failed actor and flailing high school drama teacher who has relocated to West Mesa, Ariz., where he rollerblades very badly, tries to jumpstart his curdled marriage to wife Brie (Catherine Keener) and lives in the aftermath of his unfulfilled dreams. The small and trembling grip Dana has on life is suddenly threatened by that bane of the public school educator: budget cuts, aimed straight at his rather poorly received theatrical productions.

So Dana decides to save his program by writing and staging the masterwork he’s always had in him: Hamlet 2, a cosmic musical sequel to Shakespeare’s famed tragedy, featuring a time-traveling Hamlet, a bi-curious Laertes and a rockstar Jesus with an Oedipal complex aimed straight at the Big Guy in the Sky. Dana’s cast is comprised of the usual stereotypical misfits: a repressed homosexual (the hilarious Skylar Astin), a bigoted fundamentalist gal named Epiphany (Phoebe Strole) and an entire troupe of ethnic types, including Octavio (Joseph Julian Soria), a “gangsta” poseur whose Latino father is also an affluent bestselling author and whose mother is a listed painter of gallery quality.

Would that Hamlet 2 reversed stereotypes and challenged expectations as relentlessly as Octavio and his upper-crust family do. But alas, after bracketing its genre connection with direct and open references to films like Dead Poets Society and Dangerous Minds and then taking the post-modern step of having Dana explain the “inspirational teacher” movie genre to his drama class, Hamlet 2 sets up a schizoid pattern, where extended riffs by Coogan are followed-up with cornball affirmations and moments of interpersonal treacle the film is far too smart and self-reflexive to mean.

You can’t really blame Fleming for hedging his bets a bit; his brilliant Nixonian political satire Dick was among 1999’s funniest movies, but also among its most neglected. Fleming may have walked away from that experience thinking audiences don’t want smart comedies unless they can get a healthy dose of familiarity, formula and artificial sweetener alongside the irony and silliness.

In Hamlet 2, the saccharine is a small if measurable price to pay for Coogan’s unbelievably adept performance as Dana—a sustained tour de force of comic acting comparable to the late, great Peter Sellers at his absolute best. An institution in Britain, where his bogus talkshow host Alan Partridge is at least as revered as Borat or Mr. Bean, Coogan has searched fruitlessly for the right part to woo audiences on the American side of the Pond. He played Phileas Fogg to Jackie Chan’s Passepartout in the expensive flop Around the World in 80 Days. He had secondary roles in the Ben Stiller comedy Night at the Museum and Jim Jarmusch’s Coffee and Cigarettes. Meanwhile, British imports like 24 Hour Party People and Tristam Shandy: A Cock and Bull Story assured the cultish fan faithful that Coogan remained a force at least potentially to be reckoned with, if some smart American movie could unlock the safe.

That career-making movie could very well be Hamlet 2, because in the cock-eyed business we call show, the worst things about this film may insure that what’s best in it is widely seen. Fleming, Coogan and Focus Features are surely betting on that outcome. Anybody who loves the theatre, appreciates satire or understands how rare comic gifts like Coogan’s and Fleming’s are ought to pray to the rockstar Jesus that Focus and company are right.