close
But then he served time... 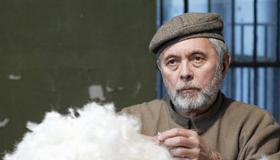 In his beguiling black comedy homage to Czech history and American silent film (especially its ultimate exponents Chaplin and Keaton), the notable Czech director Jirí Menzel incarnates Jan Díte, a Czech everyman who is pursued by a chain of ill fortune. “It was always my luck to run into bad luck,” our picaresque protagonist recalls in voiceover, recounting the peaks and valleys of his eventful life between the mid-1930s and 1960. This delightfully lyrical but unsentimental view of 20th century life will deservedly congregate large audiences and collect numerous awards.

A saga of the lure of wealth, opportunism and changing politics, I Served the King of England focuses on parallel timeframes in the life of its main character. We first meet the older Jan Díte (Oldrich Kaiser) upon the completion of his 15-year prison term. His crime: the audacity of being a multimillionaire in a Communist country. As Jan restores a long-abandoned tavern in a post-war border town (once co-inhabited peacefully by Czechs and Germans), the chance arrival of a beautiful young woman sparks memories of his amorous adventures as a young man, which carry the bulk of film time.

Bulgarian-born actor Ivan Barnev perfectly portrays the younger Jan Díte, the short in height, but high in ambition, young provincial waiter who hunts wealth with the same enthusiasm that he chases women. Living by his wits, Jan soon leaves his hometown occupation as a train station sausage peddler and finds employment at a few luxury hotels, where he learns the fine art of waiting tables, especially from the haughty maitre d’ Skrivanek (Martin Huba), who claims to have acquired his skills when he “served the King of England.”

As Jan’s proficiency as an hotelier improves so does his aptitude for lovemaking, and he enjoys a succession of titillating—if transient—affairs. Working from the novel by his long-time friend, the Czech literary lion Bohumil Hrabal, Menzel confidently and slyly combines social and political criticism with humor and playfulness. At one point Jan, like an erstwhile Eastern European Forrest Gump, finds himself the sole male in a Nazi breeding center after Hitler’s army takes the Sudetenland region and breaks Czechoslovakia apart. Jan falls into wealth after Líza (Julia Jentsch), the German woman he married before the war, returns with a fortune in rare stamps that Jews had “left behind” in their apartments. But Líza meets with an unfortunate demise, and three years later, the new Communist regime attains power.

One of the best known and most successful Czech directors, Menzel is widely regarded as the driving force behind the Czech New Wave. His first solo full-length feature, Closely Watched Trains (1966), also based on a story by Hrabal, won many awards, including the Academy Award for Best Foreign Language Film.

This splendid late-career offering emanates fairytale enchantment with touches of magic realism, while also accurately illustrating the precariousness of moral and ethical development through the hero’s observation that “a person becomes human almost against his own will.”